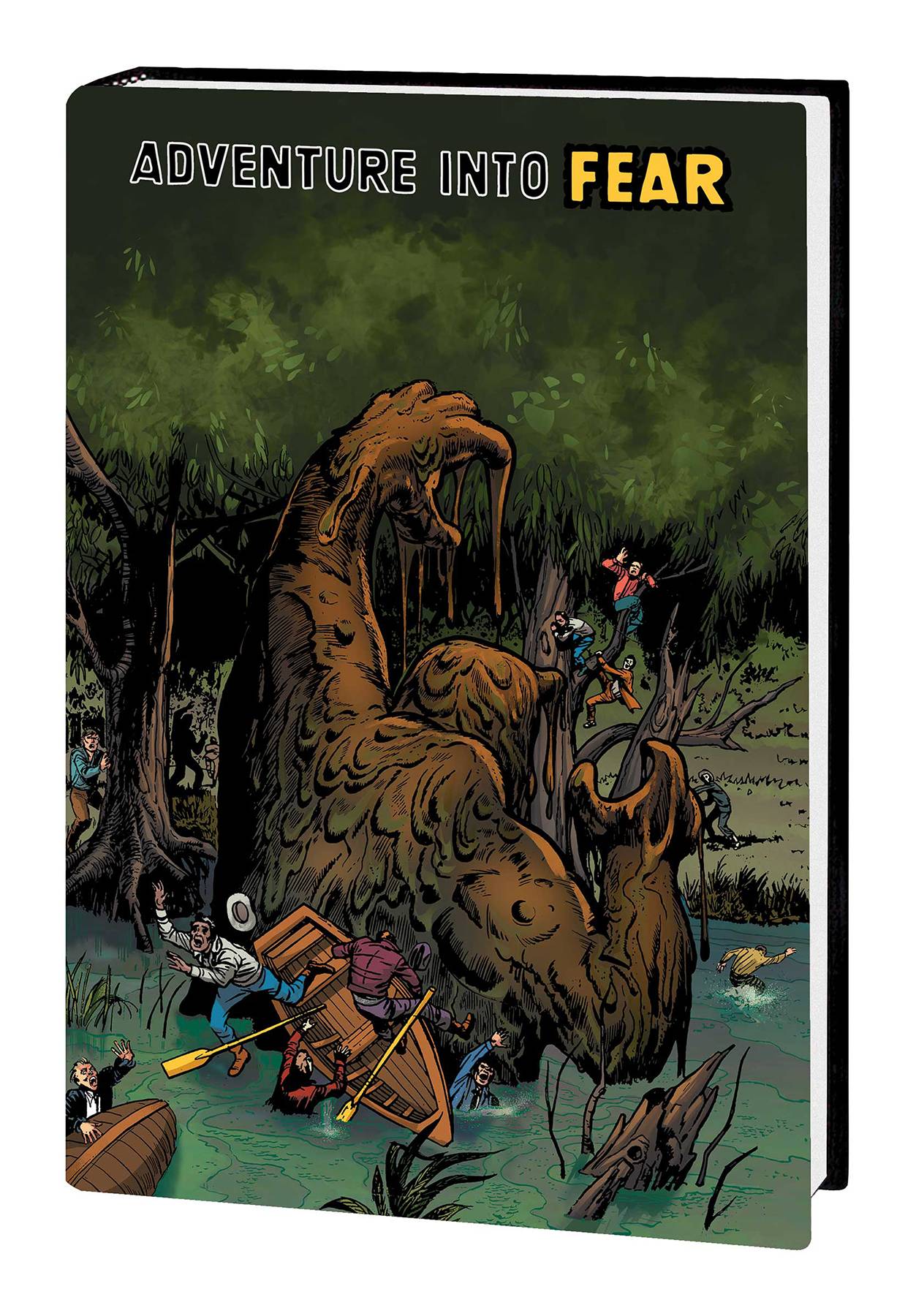 #
DEC190975
(W) Stan Lee, More (A) More (A/CA) Jack Kirby
Adventure into Fear with Man-Thing, Morbius and monsters in the Mighty Marvel Manner! The classic 1970s horror series is collected in full - including every last reprint, backup tale and hair-raising adventure of its iconic series stars! First, thrill to a scintillating selection of terrifying Atlas Era and Silver Age stories by such legends as Stan Lee, Jack Kirby and Steve Ditko! Then, the shambling muck-monster Man-Thing oozes into the spotlight - and those who know fear will burn at his touch! That includes demon cults, sorcerers and Thog the Nether-Spawn - but what about the sky being named Wundarr? Next, Morbius the Living Vampire claims the title role - and faces threats including the Cat People, the Caretakers of Arcturus and the deadly Daemond! But will Morbius be staked by Blade the Vampire Slayer? Prepare to know fear in its full form! Collecting FEAR #1-31.
Rated T
In Shops: Jul 29, 2020
SRP: $150.00