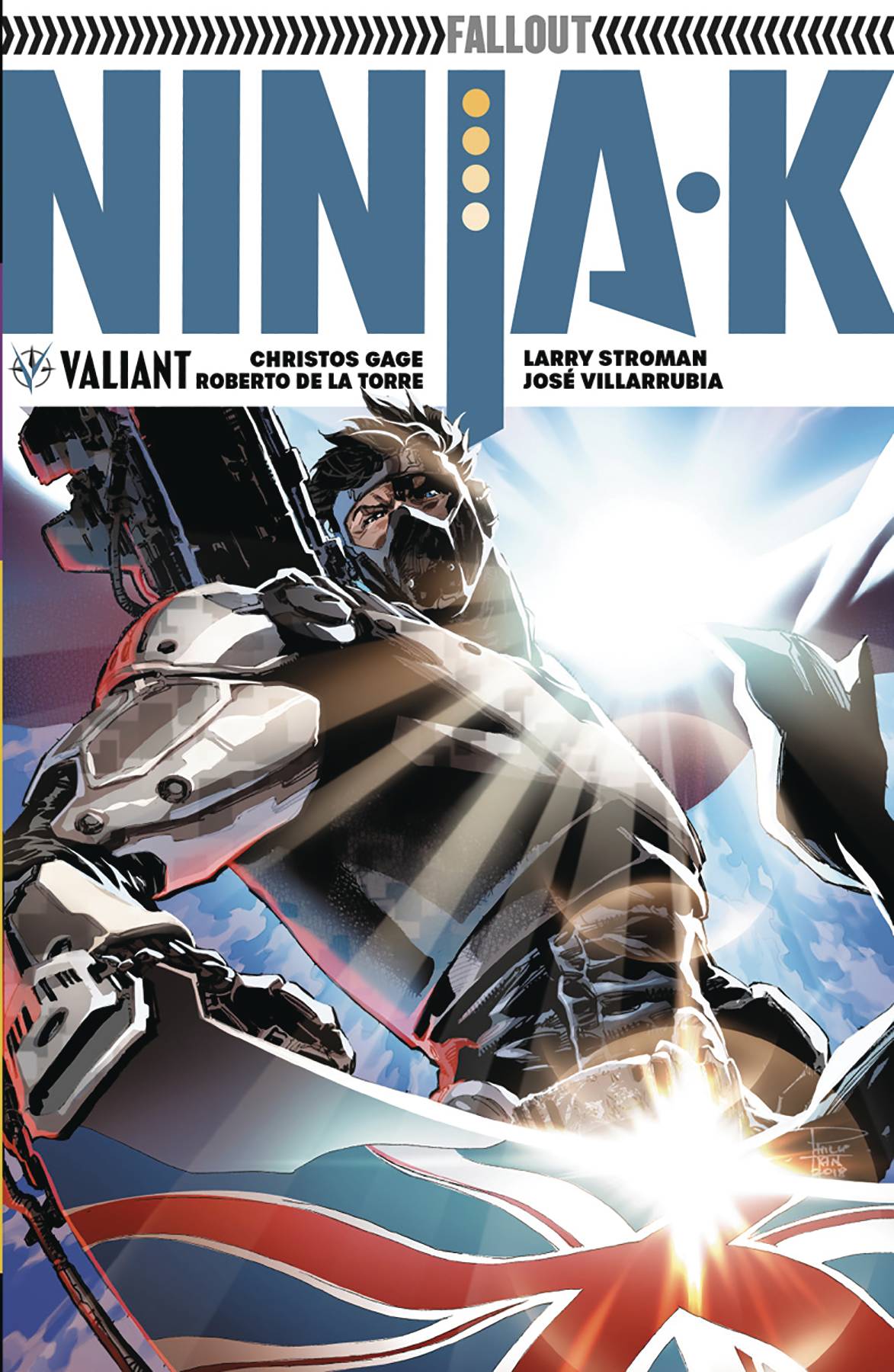 #
DEC182144
(W) Christos Gage (A) Roberto De La Torre, Larry Stroman, Ryan Winn (CA) Philip Tan
The Coalition may have been defeated...but the mission's not over yet! Now, Ninjak must use all the super-spy skills at his disposal to save Gilad from the clutches of his friend's erstwhile nemesis, the Dying One. But stopping an immortal genius - especially one armed with the full might of the Eternal Warrior - is a fight that not even MI6's best and brightest secret agent can prepare for!
It's a face-off between fist and steel as acclaimed writer Christos Gage (Netflix's Daredevil) and spectacular artist Roberto de la Torre (THE DEATH-DEFYING DR. MIRAGE) bring "FALLOUT" to Colin King's doorstep!
Collecting NINJA-K #10-14.