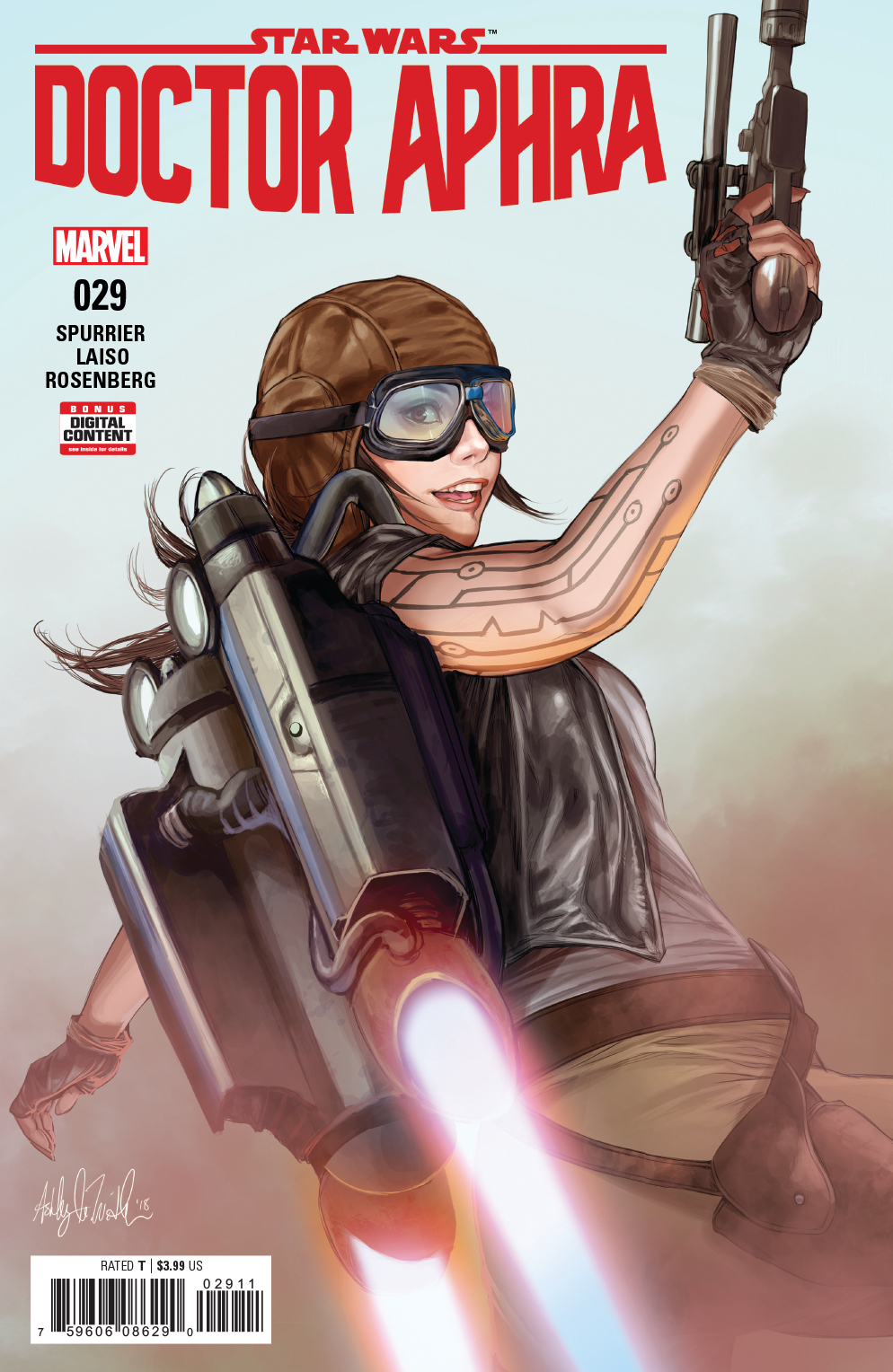 DEC181007
(W) Si Spurrier (A) Emilio Laiso (CA) Ashley Witter
"WORST AMONG EQUALS" PART 4
•  Rogue archaeologist DOCTOR APHRA continues her race against time - and total bodily explosion - with only professional murder droid TRIPLE-ZERO for company.
•  Facing firing squads, harpoon-flinging reptiles and - worst of all - really bad traffic, they have no idea they're being watched by the deadliest Imperial threat of all:
•  The Coalition for Progress! Face the unmitigated terror of the EMPIRE'S public relations division...
Rated T
In Shops: Feb 27, 2019
SRP: $3.99
View All Items In This Series
ORDER SUBSCRIBE WISH LIST