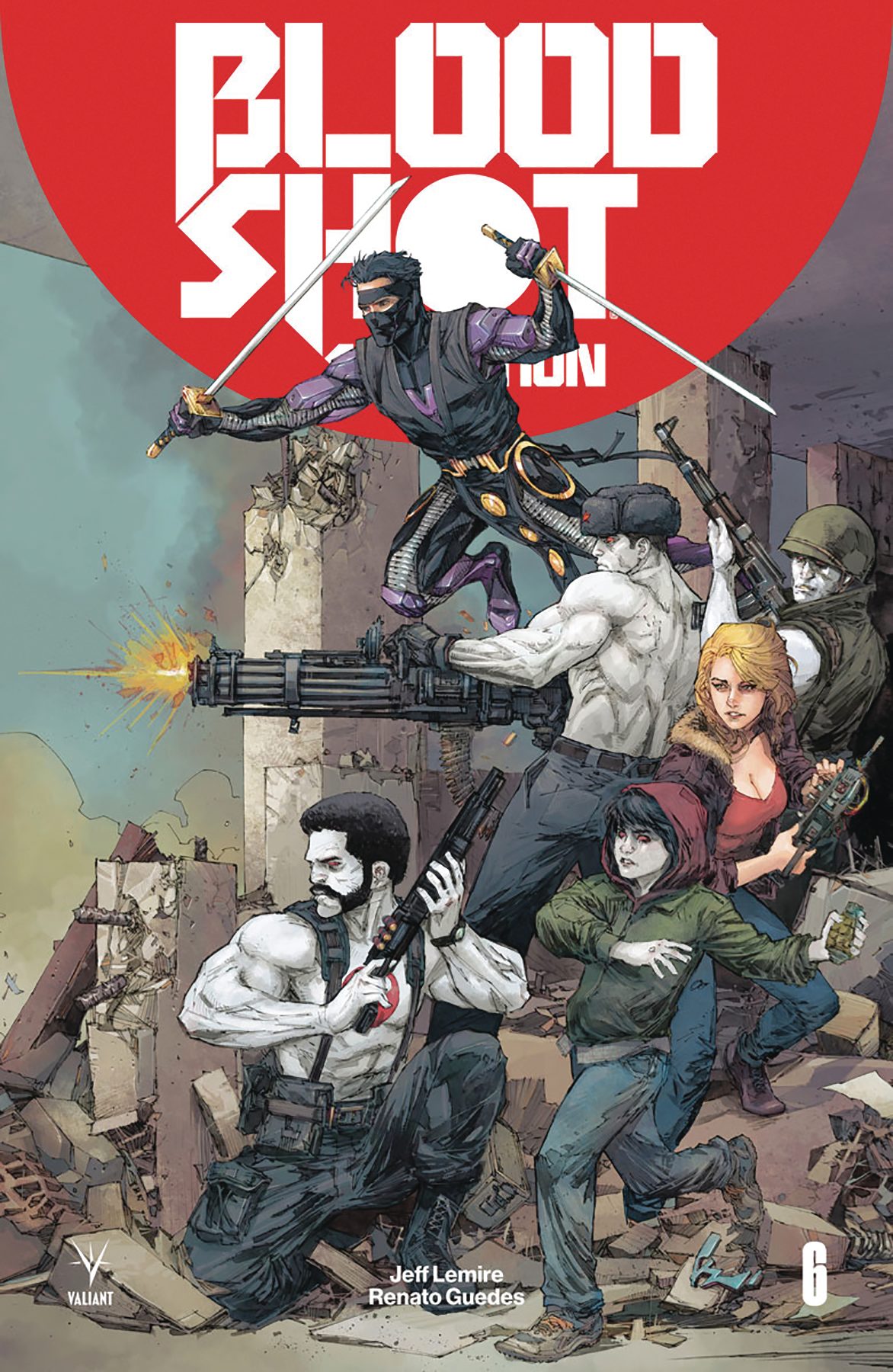 DEC171902
(W) Jeff Lemire (A) Renato Guedes (CA) Kenneth Rocafort
ALL-NEW ARC! ALL-NEW JUMPING-ON POINT! "THE BOOK OF THE DEAD" - PART ONE!
Into the Deadside! Years ago, Project Rising Spirit's cutting-edge nanite technology transformed Ray Garrison into the walking weapon codenamed Bloodshot. Now, those very same microscopic machines have infected his infant daughter's physiology and threaten to destroy her from the inside out. As the life of an innocent hangs in the balance, Bloodshot will be forced to make an unimaginable decision: to watch the child he loves die, or to confront death itself...and strike a bargain for her safety. Now, with the supernatural heroes known as Shadowman and Dr. Mirage to guide him, Bloodshot is about to undertake an unreal journey into the demon-haunted dimension known as the Deadside to save a life...or sacrifice his own...
Plus: Magic and the Bloodshot Squad lead an assault on OMEN for the rescue attempt of a lifetime! A wrenching new chapter for Valiant's powerful series starts here as New York Times best-selling writer Jeff Lemire (Black Hammer) leads Bloodshot to the precipice of loss, grief, and retribution - featuring fully painted interior art by sensational rising star Renato Guedes (X-O MANOWAR)!
In Shops: Feb 14, 2018
SRP: $3.99
View All Items In This Series
ORDER WISH LIST