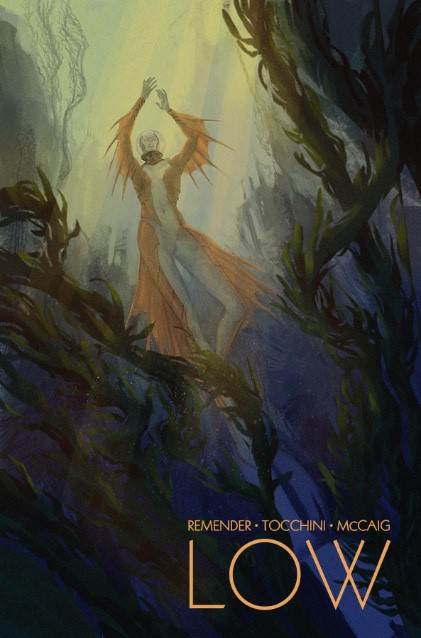 DEC168663
(W) Rick Remender (A) Greg Tocchini (CA) Vanesa R. Del Rey
NEW STORY ARC! "OUTER ASPECTS OF INNER ATTITUDES," Part One-As a gladiator, Marik Caine brought the light of hope into the one of the darkest corners of the ocean before that darkness swallowed him whole. Now, a new hero arises from the fighting pits of Poluma to carry on Marik's legacy.

These variants will serve to celebrate the careers of women in comics, the strides made throughout comics history made by the women's movement, and the company's history of shaking up the status quo. 100% of the proceeds made from these March Women's History variant covers will be donated to Planned Parenthood.
In Shops: Mar 08, 2017
SRP: $3.99
View All Items In This Series