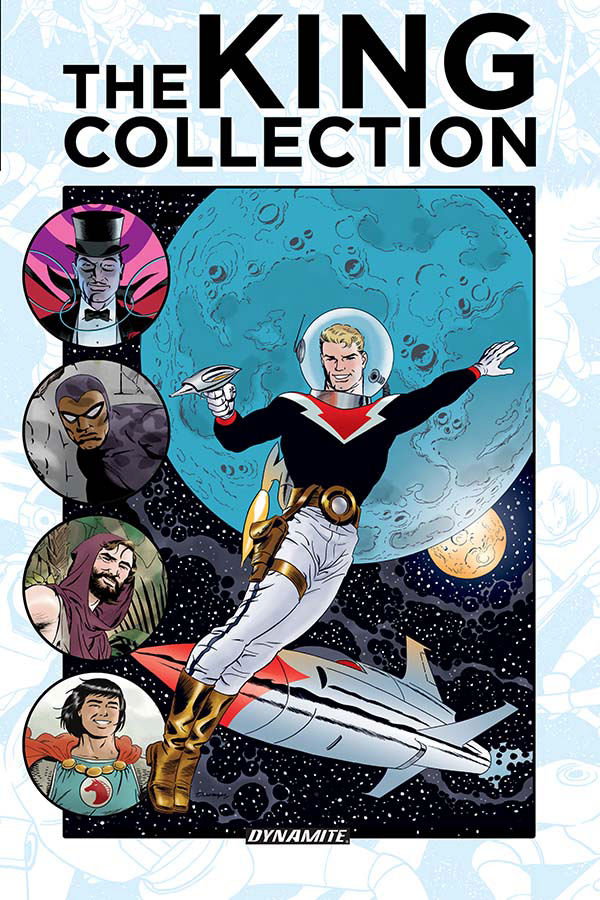 DEC158321
(W) Paul Tobin, Jeff Parker, Various (A) Marc Laming, Richard Case, Various (CA) Darwyn Cooke
When Ming the Merciless launched an all-out assault on planet Earth, the colorful band of heroes known as Kings Watch led the resistance... and triumphed! Now, across the cosmos, in the dark corners of our very planet, and even throughout time, Earth's defenders continue the mission, separate and yet together in spirit! Flash Gordon, Dale Arden, Dr. Zarkov, Mandrake the Magician, Jungle Jim, Lothar (in his identity as the new Phantom), and Prince Valiant join friends new and old to face the combined forces of Ming and the all-new, all-deadly Cobra!
In Shops: May 18, 2016
SRP: $49.99