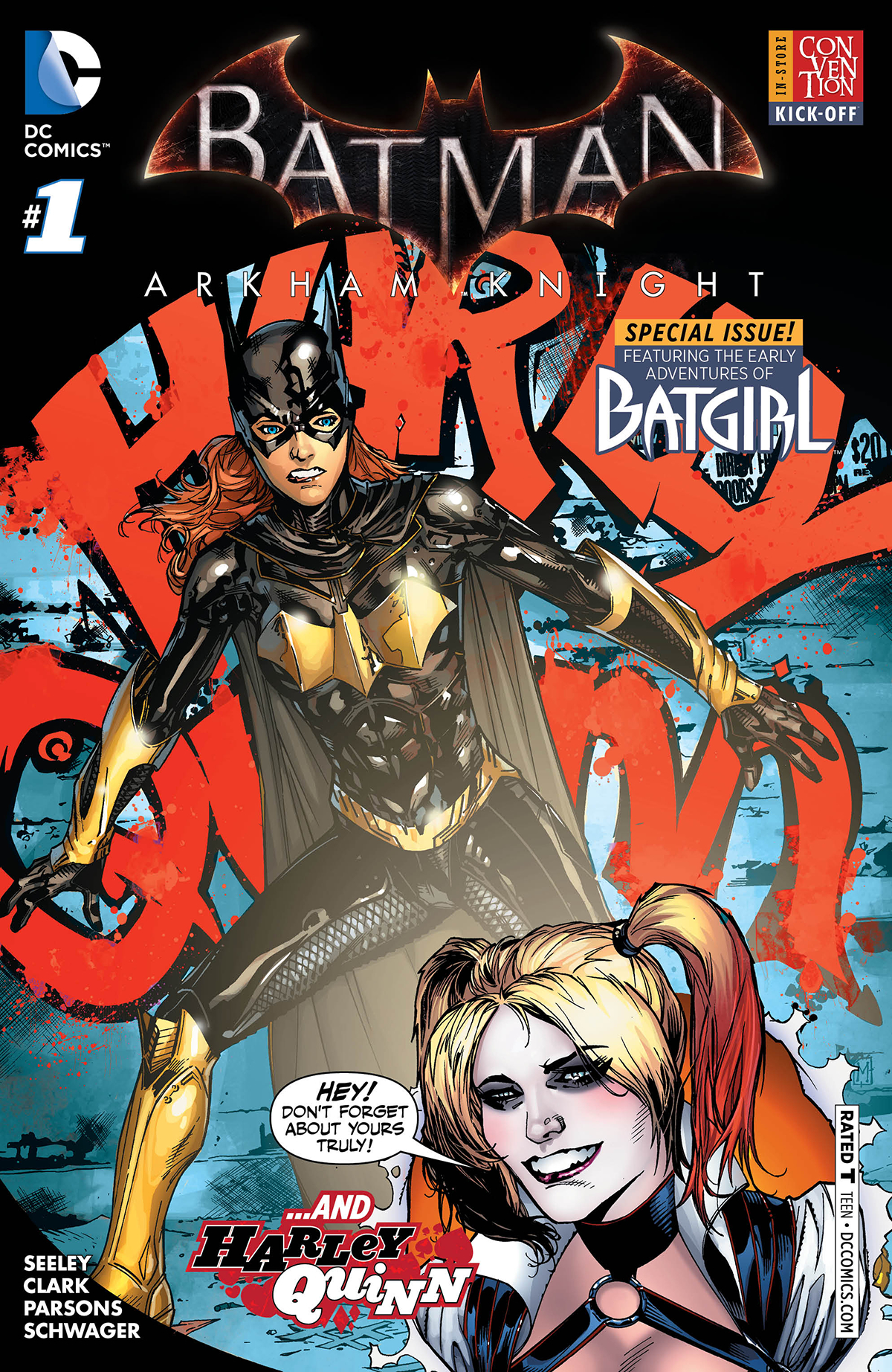 In the 20-page Batgirl and Harley Quinn story, Barbara Gordon struggles with her role as Gotham City's newest masked avenger, while Arkham Asylum's Dr. Harleen Quinzel battles her own inner demons as her criminal career as Harley Quinn is just beginning. Written by Tim Seeley, with art by Matthew Clark, Wade von Grawbadger and Sean Parsons, this story appears in print for the first time here and includes appearances by Batman and The Joker. This issue now will include a 10-page story featuring the stunning origin of Batgirl in in the Batman: Arkham universe! Written by Tim Seeley, with art by Matthew Clark and Wade von Grawbadger, this story was previously available in 2015 in giveaway comic at conventions and digitally.