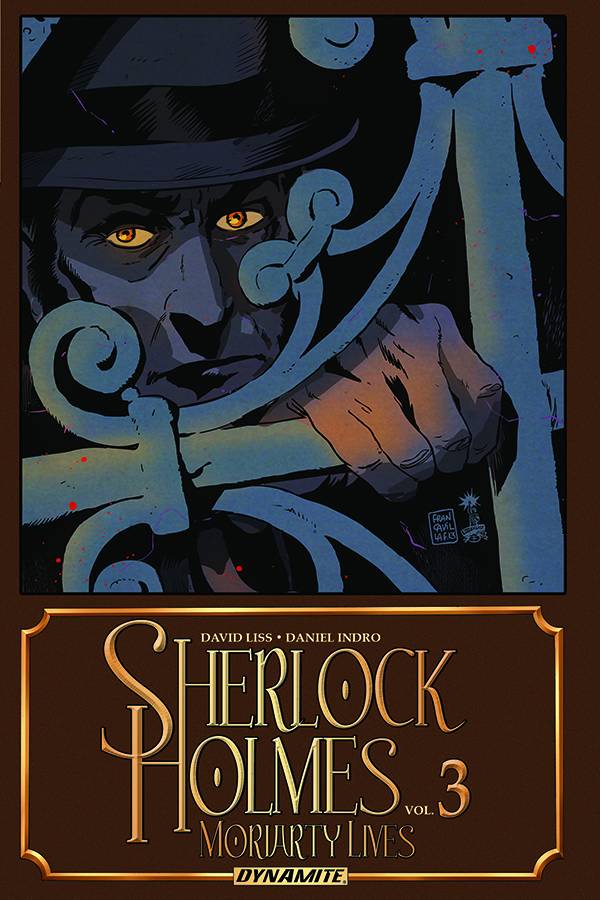 #
DEC151247
(W) David Liss (A) Daniel Indro, Olavo Costa, Carlos Furuzono (CA) Francesco Francavilla
His name was Professor James Moriarty, known to many as "The Napoleon of Crime" and the master of a vast association of thieves, extortionists, smugglers, fences, and ladies of questionable virtue. And, over Reichenbach Falls in 1891, he fell to his doom alongside his arch rival, the glory-seeking detective Sherlock Holmes... or did he? Washed ashore in a strange town in Switzerland, Moriarty is alone, penniless, and lacking his network of thieves. Will his cunning and guile be enough against Baron von Hohenheim, a foe whose ruthlessness rivals his own? Driven by a solemn promise to a dead woman, Moriarty begins a clever campaign of murderous revenge. It's one of the most notorious villains of all time as you've never seen him!
In Shops: Feb 03, 2016
SRP: $17.99
View All Items In This Series
ORDER WISH LIST