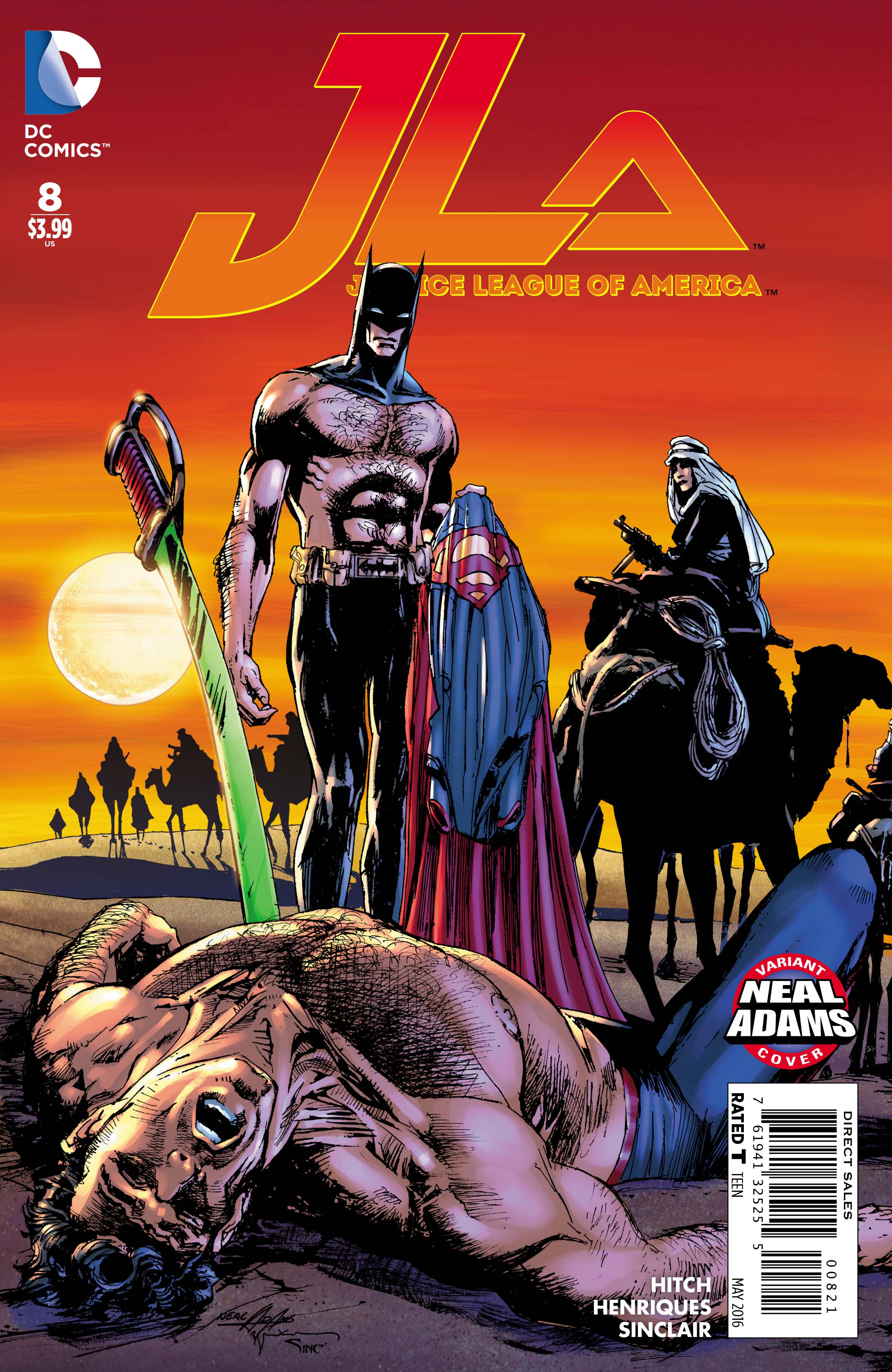 DEC150220
(W) Bryan Hitch (A) Bryan Hitch, Daniel Henriques (CA) Neal Adams
With Earth as collateral damage, the Kryptonian deity called Rao has the Justice League on the ropes! It would take a miracle to defeat him. Good thing the League makes miracles look easy...
In Shops: Mar 30, 2016
SRP: $3.99
View All Items In This Series