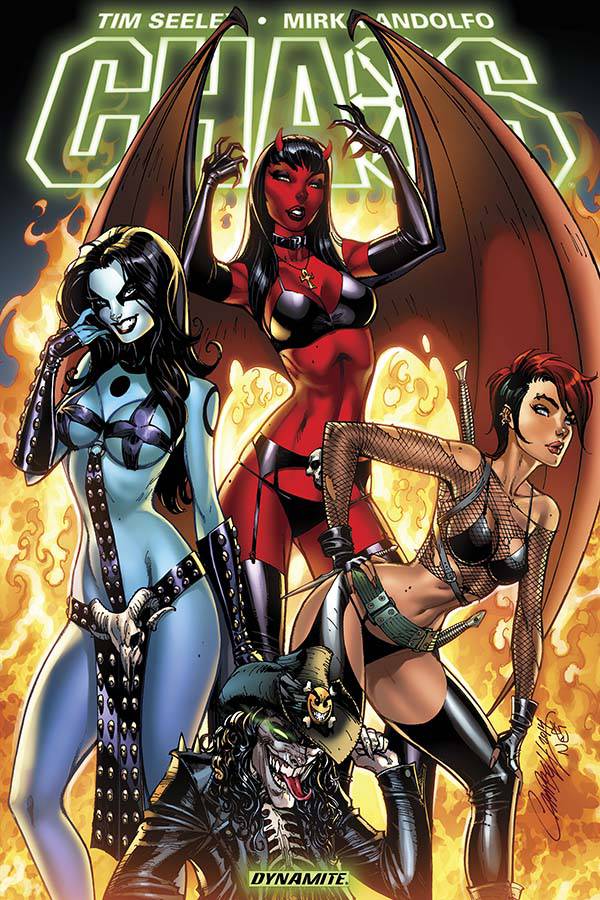 #
DEC141356
(W) Tim Seeley (A) Mirka Andolfo (CA) J. Scott Campbell
The horror "heroes" of Chaos! Comics are back! The undead Evil Ernie, goddess Purgatori, vampire Chastity, and supernatural band of misfits known as The Omen have individually witnessed visions of the world's impending doom, and rush headlong into conflict. Some try desperately to avert the holocaust, out of altruism or self-interest, while others just want to raise some hell. So begins the return of the Chaos! universe on an epic scale, the resurrection of fan-favorite boogeymen and femme fatales amidst a violent, apocalyptic upheaval! Collects Chaos #1-6!
In Shops: Feb 25, 2015
SRP: $19.99