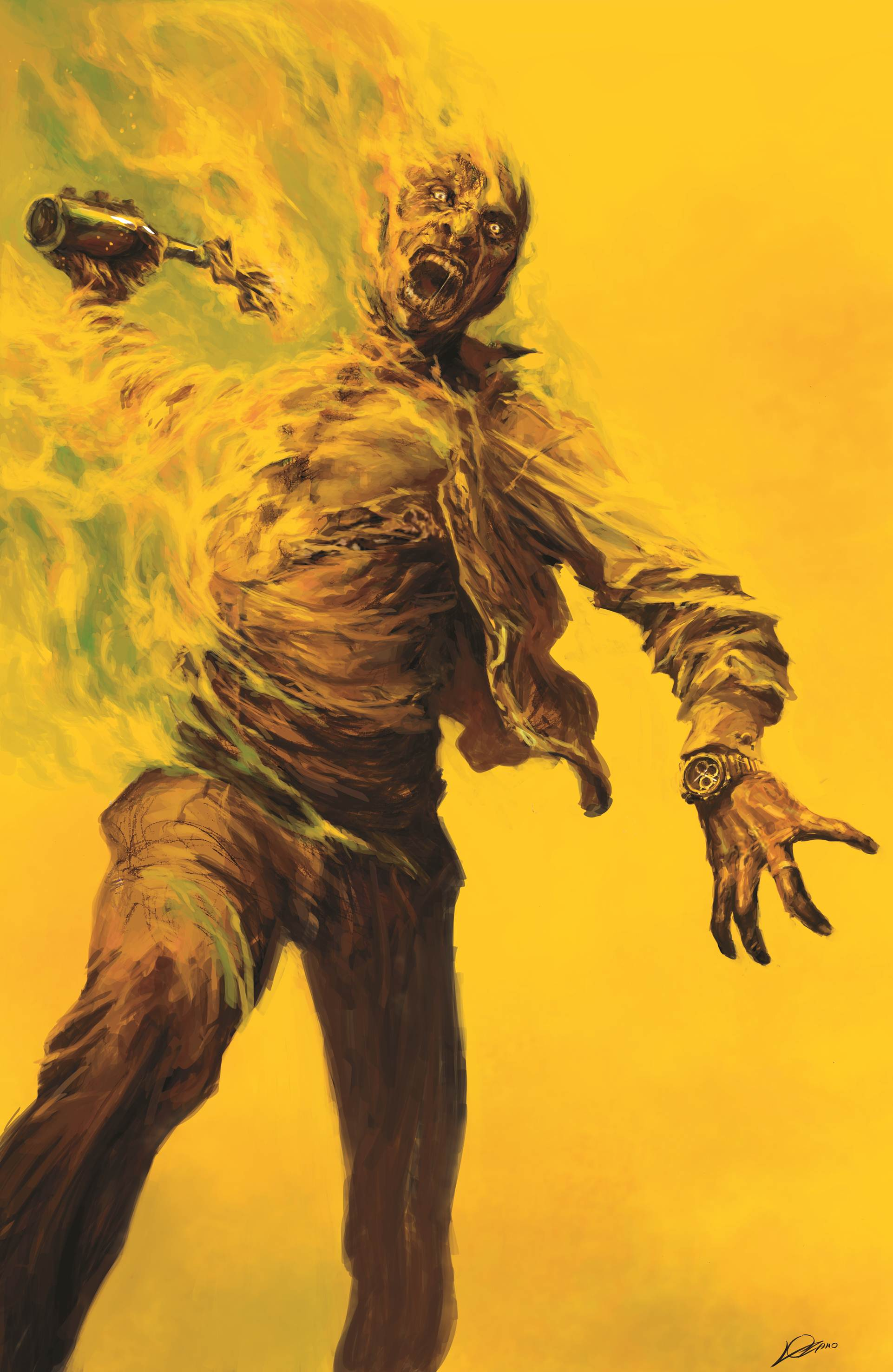 DEC140981
(W) George A. Romero (A) Dalibor Talajic (CA) Alexander Lozano
It's zombies vs. vampires vs. an invading Southern militia as the legendary George Romero unleashes the next chapter in his ferocious undead epic! Welcome back to a very different New York City, still standing - barely - years after a world-changing undead plague. Zombies are used for sport in the arena, and vampires rule the city! But now outside forces are knocking on Manhattan's walls, and death rains down from above! As Mayor Chandrake makes deadly power plays, are Barnum and Penny vampires? Can Dixie control the rogue militia? What is Jo and Xavier's fate? And what's worse for the city's few remaining normal residents: the roaming flesh-eaters who seem to grow smarter every day, the ruling blood-suckers struggling to stay in power or the militia bent on pillaging the city? Collecting GEORGE ROMERO'S EMPIRE OF THE DEAD: ACT TWO #1-5.
Parental Advisory
In Shops: Mar 11, 2015
SRP: $19.99
ORDER WISH LIST