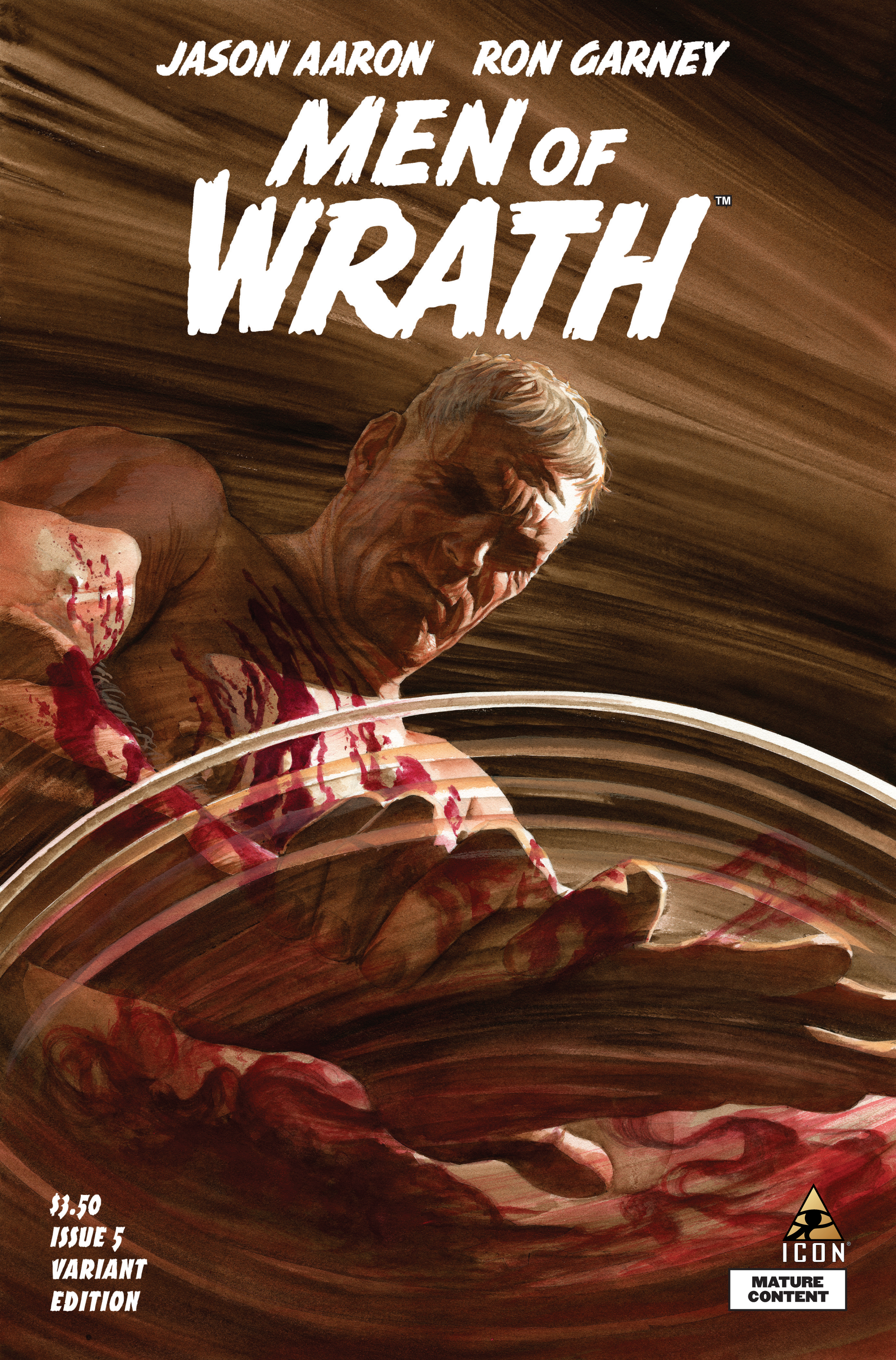 DEC140941
(W) Jason Aaron (A) Ron Garney (CA) Alex Ross
"Jason Aaron and Ron Garney pull no punches in this darkly magnetic read" - IGN
"This is one messed up comic book that I took sheer delight in reading" - Comics Beat
"These are talented creators telling a gut punching tale" - Comicosity
Bear witness as JASON AARON (Southern Bastards, Original Sin) & RON GARNEY (Wolverine:Weapon X, Thor: God of Thunder) bring the story of the Raths to a bloody conclusion. It all started with some sheep. It won't end until everyone is dead.
Mature
In Shops: Feb 25, 2015
SRP: $3.50
View All Items In This Series