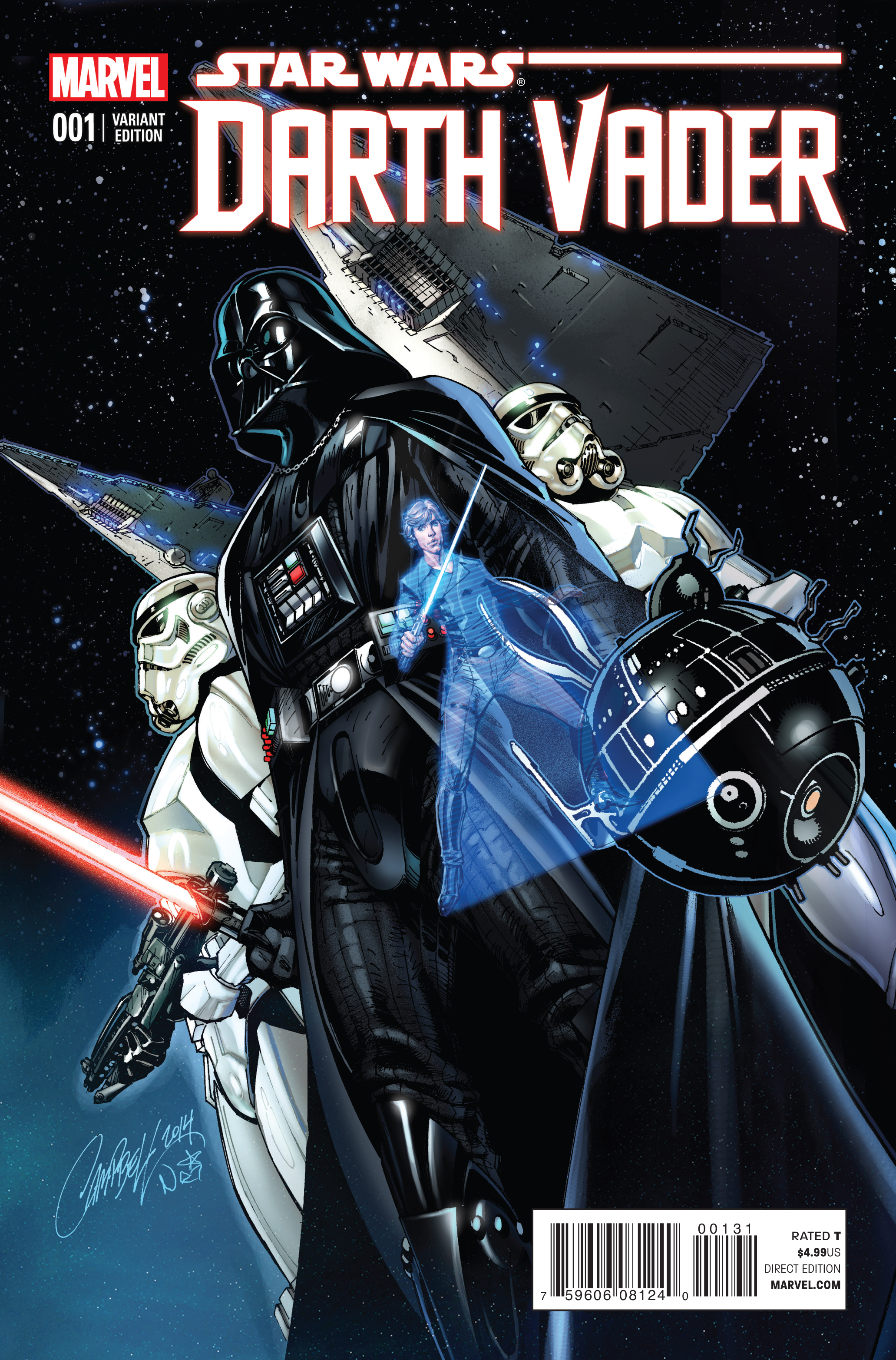 DEC140794
(W) Kieron Gillen (A) Salvador Larroca (CA) J. Scott Campbell
The original Dark Lord of the Sith stars in his first ongoing series!
Ever since Darth Vader made his first on-screen appearance, he became the one of the most popular villains to ever haunt an audience's dreams! Now, follow Vader straight from the ending of A NEW HOPE (and the pages of the new STAR WARS comic book) into his own series, showing the Empire's war with the Rebel Alliance from the other side! Writer Kieron Gillen (Uncanny X-Men, Journey Into Mystery, Iron Man) and artist Salvador Larroca (Invincible Iron Man, X-Men: No More Humans) bring us a peek behind the mask of evil!
In Shops: Feb 11, 2015
SRP: $4.99
View All Items In This Series