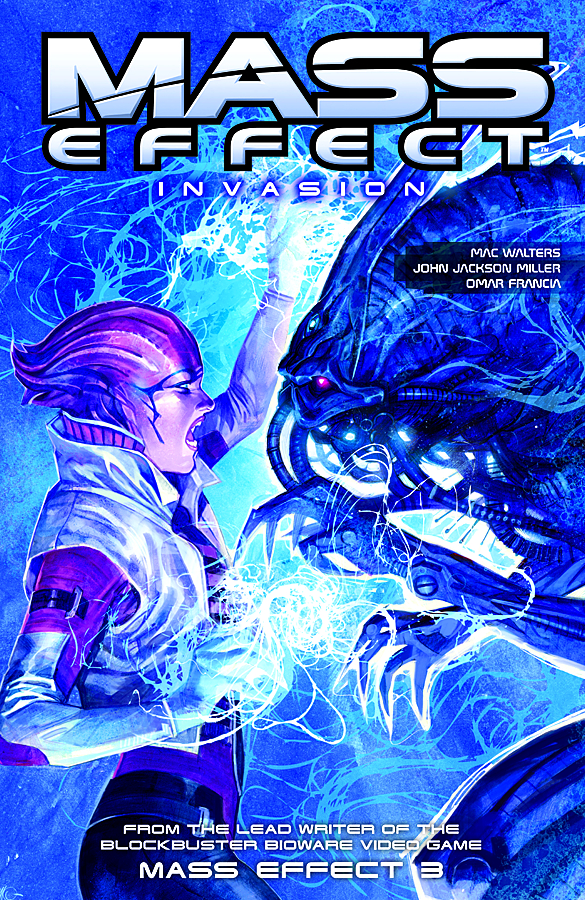 DEC110063
(W) Mac Walters, John Jackson Miller (A) Omar Francia (CA) Michael Atiyeh, Massimo Carnevale
Mass Effect 2 & 3 lead writer Mac Walters returns with an essential story from BioWare's massively anticipated video game Mass Effect 3! The Omega space station is the center of lawlessness in the galaxy, a den of vice ruled by the deadly asari Aria. It is also a strategic foothold in a galaxy-wide power struggle, and when the station comes under attack from a new threat unleashed by the humanity-first organization Cerberus, Aria is forced to become more ruthless than ever to protect her home-and her dominion!
In Shops: Apr 25, 2012
SRP: $16.99
View All Items In This Series