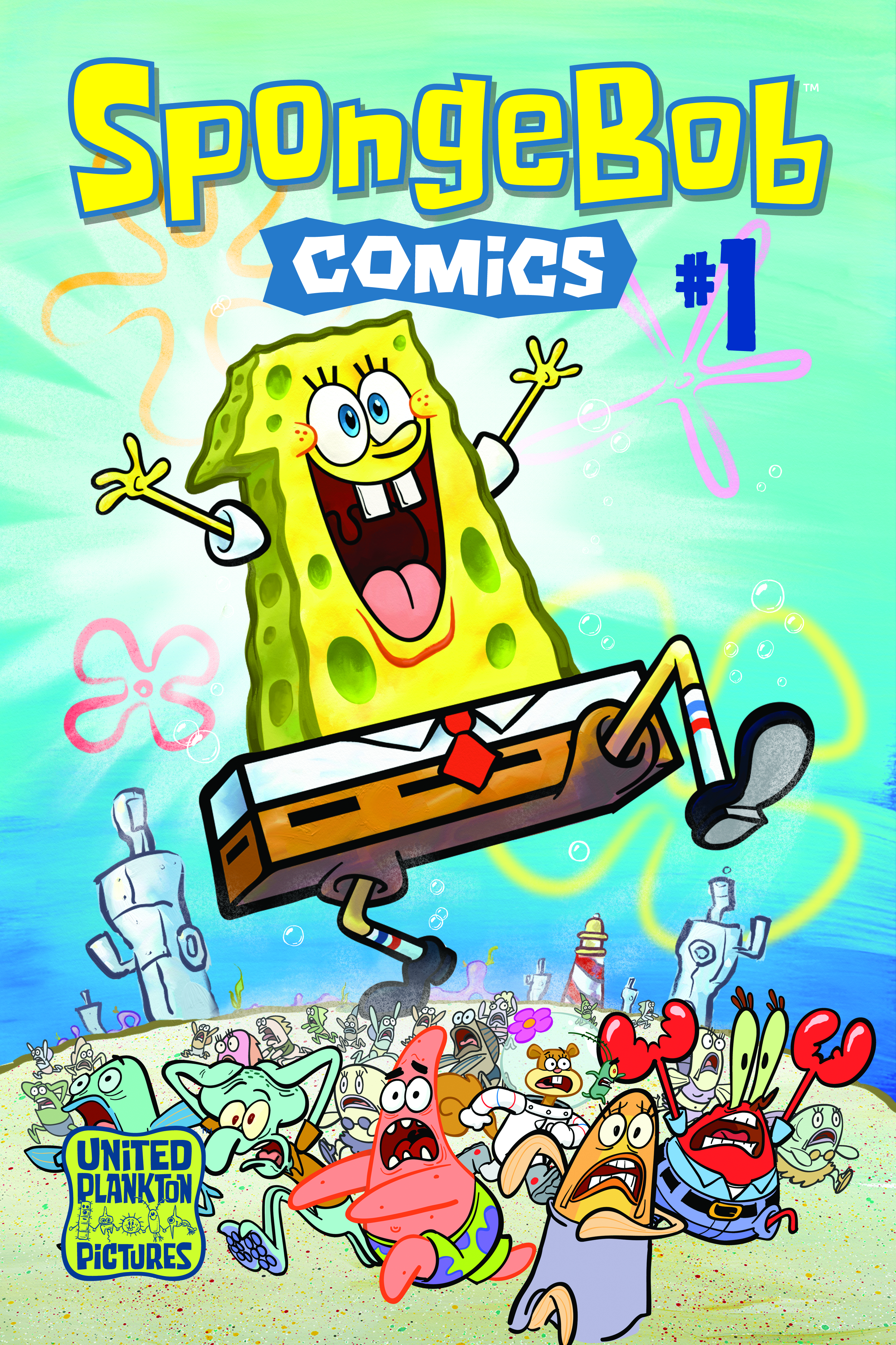 DEC100801
(W) Hilary Barta, James Kochalka, Various (A/CA) Hilary Barta, James Kochalka, Various
(W/A) Kochalka, Barta, Sikoryak, Various
Are you ready for the comic book premiere of the world's most popular fry-cooking sponge?! This first issue is a whale of a collection of comics by talented indy, mainstream, and animation cartoonists - James Kochalka (Johnny Boo, American Elf), Hilary Barta (Fear Agent), Graham Annable (Grickle), Gregg Schigiel (X-Babies), Jacob Chabot (Mighty Skullboy Army, X-Babies), and more! In this issue: SpongeBob has a recurring nightmare about his favorite cereal; Squidward introduces music to the Krusty Krab; and Mermaid Man is freaked out by a fan who won't... stop... staring! Also: Patrick and SpongeBob team up for the most idiotic joke ever; SpongeBob learns to glow; and readers are invited to draw the absorbing one's new hairdo! All this, plus a page of SpongeFunnies by James Kochalka and a cover pinup, equals a ship-shape maiden voyage!