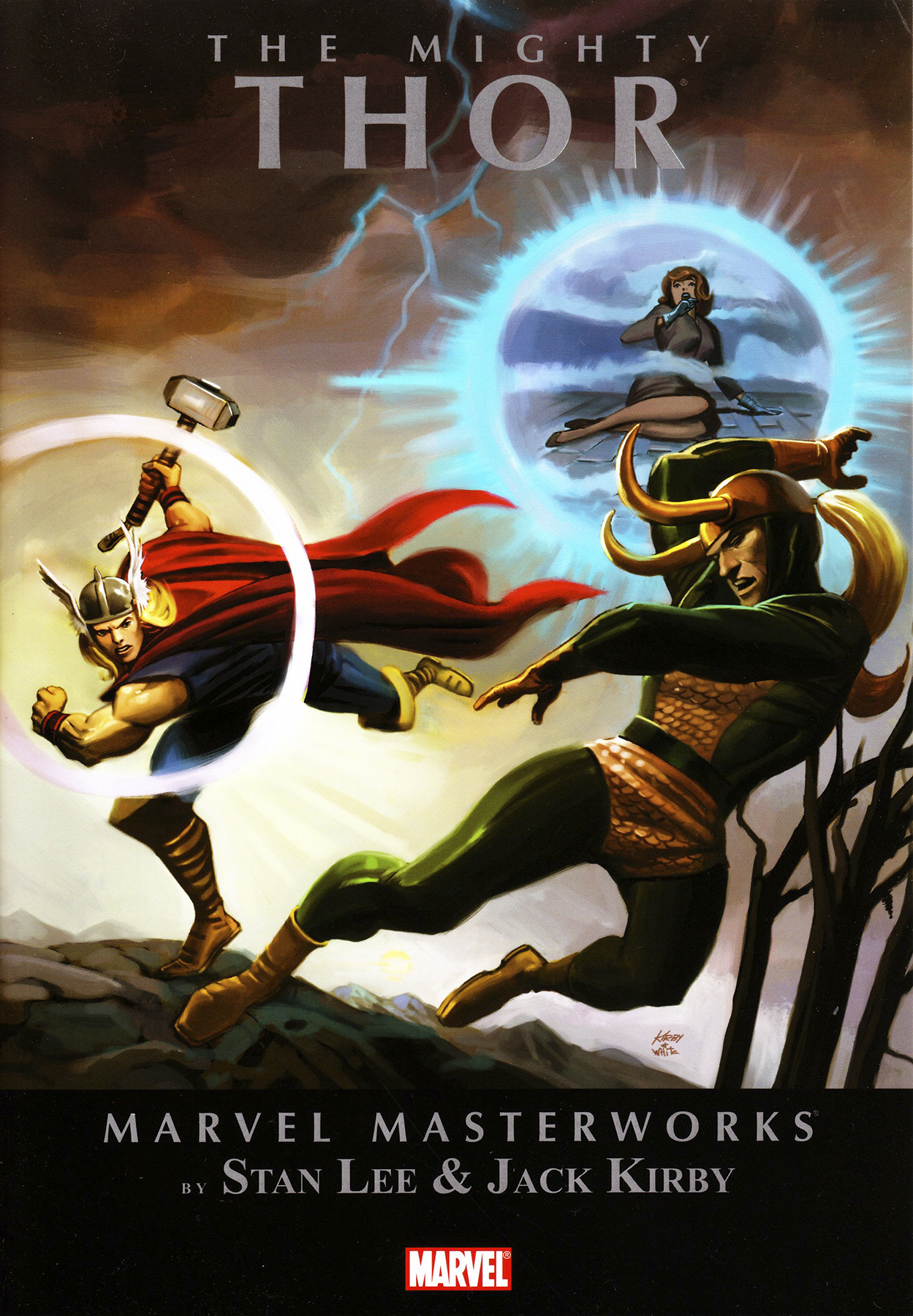 DEC100642
(W) Stan Lee (CA) Dean White (A/CA) Jack Kirby
Written by STAN LEE
Penciled by JACK KIRBY
Cover by JACK KIRBY & DEAN WHITE
Welcome back to the Eternal Realm! Welcome back to Asgard! And welcome back to the MARVEL MASTERWORKS! Forged in mythology, built for epic adventure and launched on the comic-reading public like a thunderbolt from the blue, the Mighty Thor quickly became one of the standout titles in the revolution that came to be known as the Marvel Age of Comics. Here - in the painstakingly restored, full-color pages of the MARVEL MASTERWORKS - you can experience the early tales of Thor, and witness his evolution and the introduction of his classic cast of characters just like the day they hit newsstands. In this volume, you'll behold the return of Zarrko the Tomorrow Man, the Cobra and Mr. Hyde while witnessing the first appearances of the Enchantress, the Executioner and the Grey Gargoyle. And to top it off, Thor battles X-Men nemesis Magneto, the Avengers drop by, and the Tales of Asgard continue spinning the history of Asgard and the Norse gods. They're Stan and Jack classics you won't want to miss! Collecting JOURNEY INTO MYSTERY #101-110.
232 PGS./All Ages