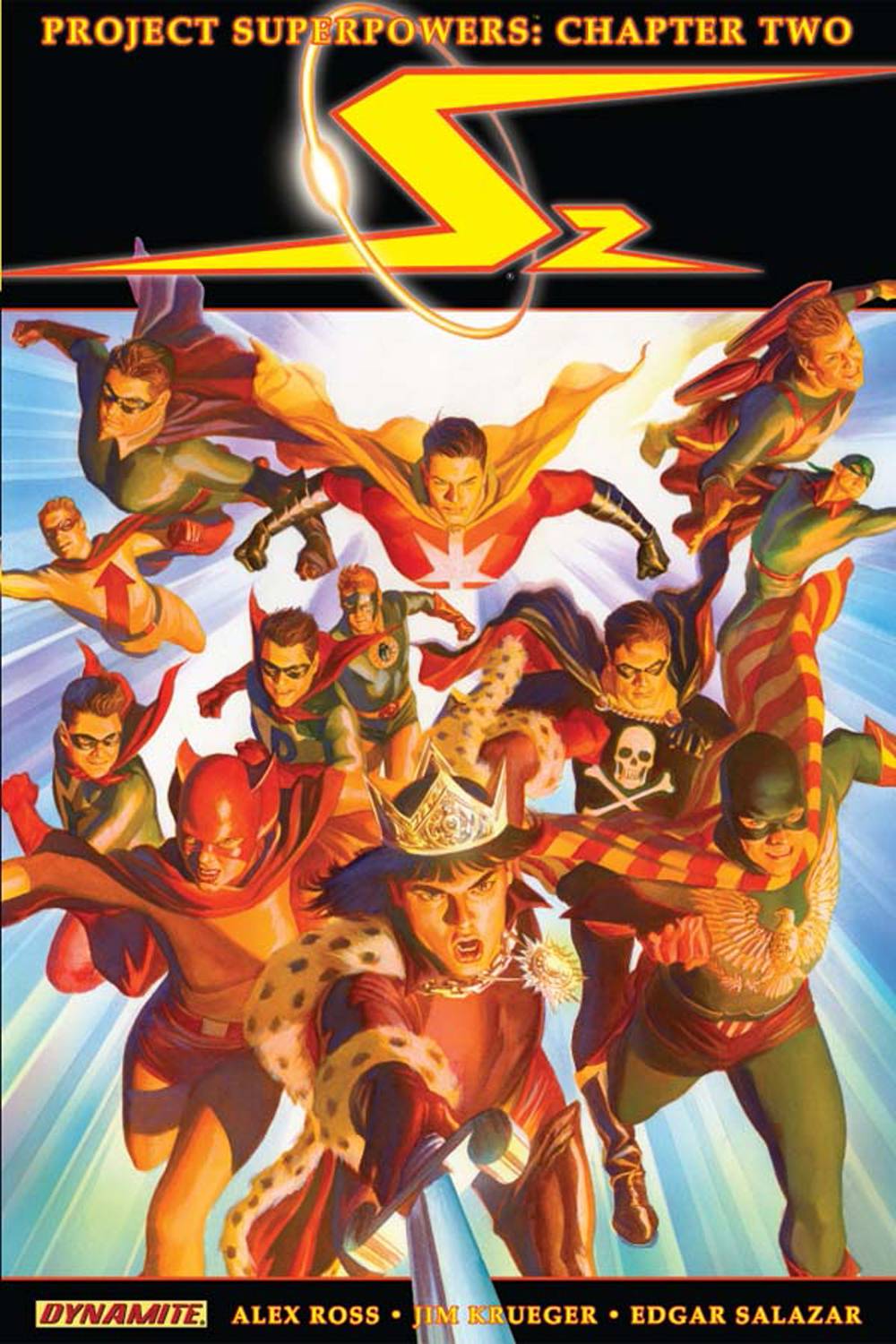 #
DEC090792
(W) Jim Krueger, Alex Ross (A) Edgar Salazar (CA) Alex Ross
Get caught up with Alex Ross' Project Superpowers: Chapter 2 for just $9.99!!!!!!! There is no excuse to miss out on the Alex Ross project of the year! Tell a friend! Actually, tell a LOT of friends and ask your retailer to stock lots of copies! At $9.99 this is priced to get more readers to this great series! Overseen again by Alex Ross, who plots and art directs the entire PROJECT SUPERPOWERS universe, writer Jim Krueger returns for Chapter Two, as the pair of all-star creators are joined for the series by Edgar (DEATH DEFYING 'DEVIL) Salazar! PROJECT SUPERPOWERS: CHAPTER TWO picks up from the events of CHAPTER ONE as the newly returned heroes have set out on a quest to use their newfound freedom to return the world to the power of the people, while facing the shadowy Supremacy and the unlikely foes of the Inheritors! We've built up the SUPERPOWERS universe, and now watch it be torn down! Featuring issues 0-6 in one trade paperback collection! Read it here and find out why everyone's talking about Project Superpowers.