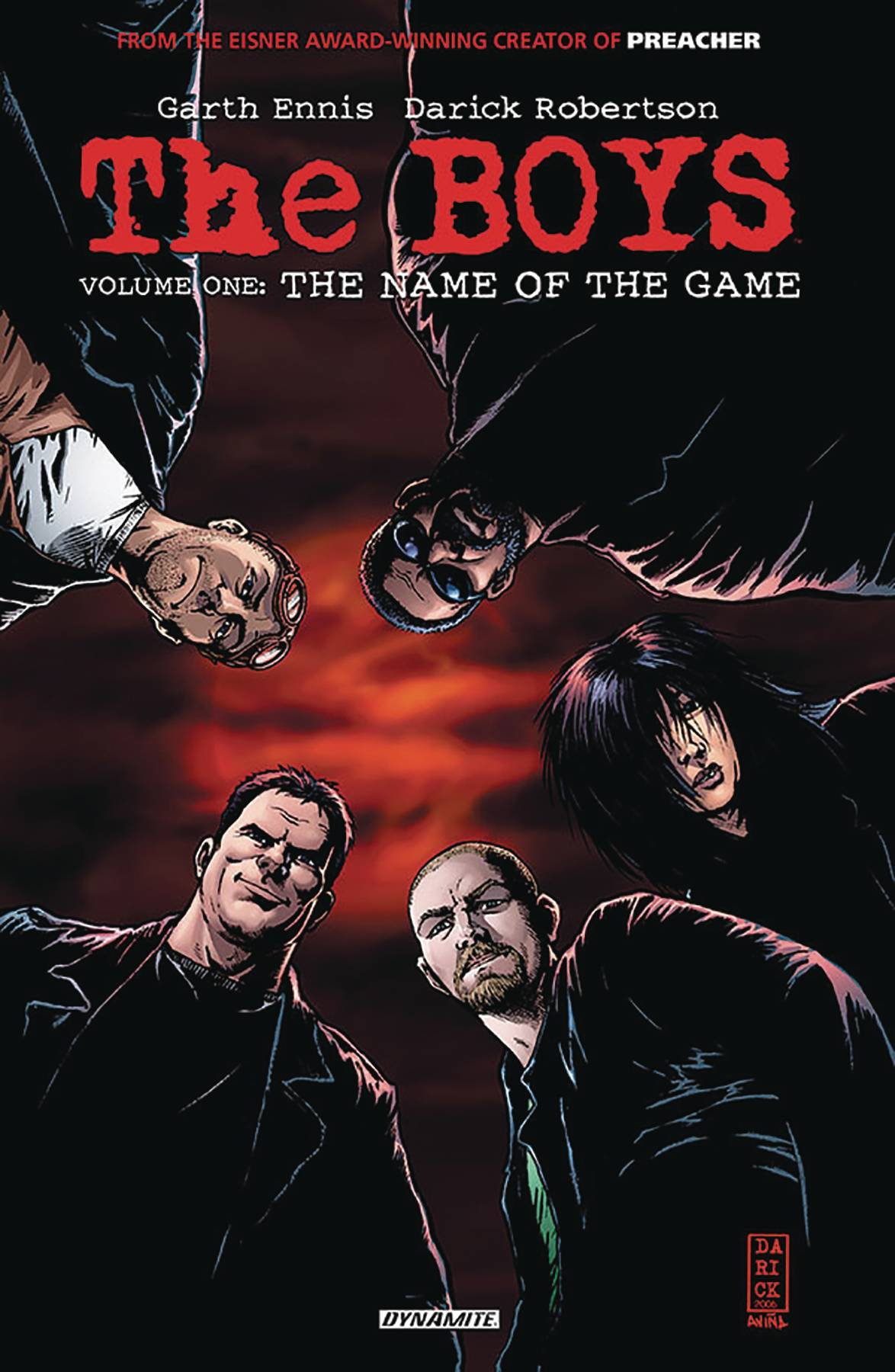 #
DEC078191
(W) Garth Ennis (A/CA) Darick Robertson
Dynamite Entertainment is proud to bring back Gath Ennis and Darick Robertson's The Boys! Get re-acquainted with the first trade paperback collection of the comic book series everyone is talking about!!

Collecting the first 6 issues of the controversial series from PREACHER writer Garth Ennis and artist Darick Robertson (TRANSMETROPOLITAN)! Don't miss this dark, twisted look at SUPER POWERS, super - people, and the men and women who make sure the world's "heroes" never go too far. Also features an introduction from writer, actor and producer Simon Pegg, the creator and star of Shaun of the Dead, Spaced, and Hot Fuzz!
In Shops: N/A
SRP: $16.99
View All Items In This Series
ORDER WISH LIST