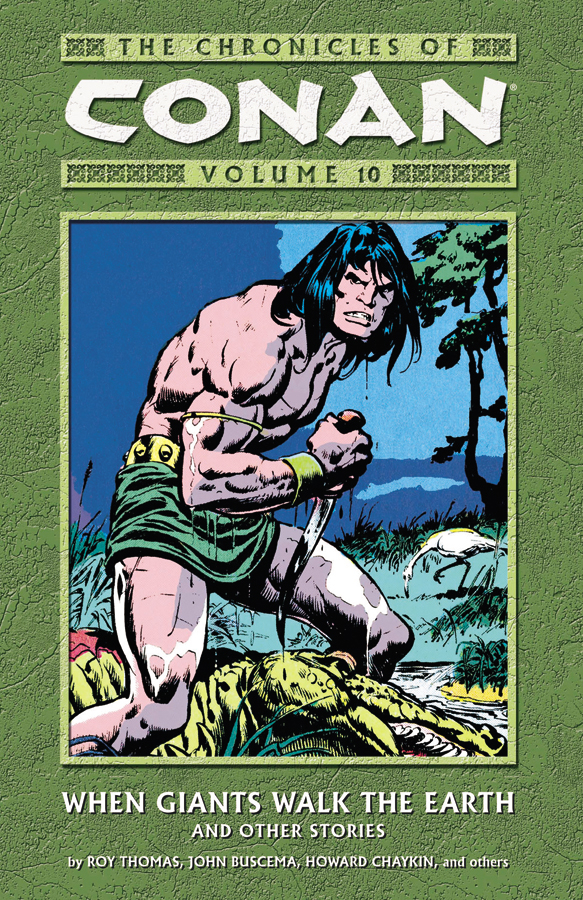 DEC050016
(W) Roy Thomas (A) John Buscema, Ernie Chan, Howard Chaykin
Treading the long and winding path toward his eventual monarchy, Conan becomes witness to the corruption and devastation of many a fantastic kingdom along the way.  Not the least of which being the marvelous, and equally dangerous, lands of Harakht-home to the fearsome Hawk-Riders and their enormous avian beasts.  Despite the overwhelming odds and the presence of a mysterious, earthbound space rock, it will take more than a flock of giant and savage birds to strike fear in the Barbarian's heart.  With his lover Bêlit-the Queen of the Black Coast-at his side, no threats, terrestrial or otherwise, will prevent Conan from fulfilling his destiny.

•  Featuring nine more issues from the famed Roy Thomas/John Buscema run on Conan the Barbarian, stories showcasing Conan's adventures with Belit the She-Pirate, one of Robert E. Howard's most powerful and beloved female characters.  Collecting Marvel's Conan the Barbarian #72-77, and #79-81.