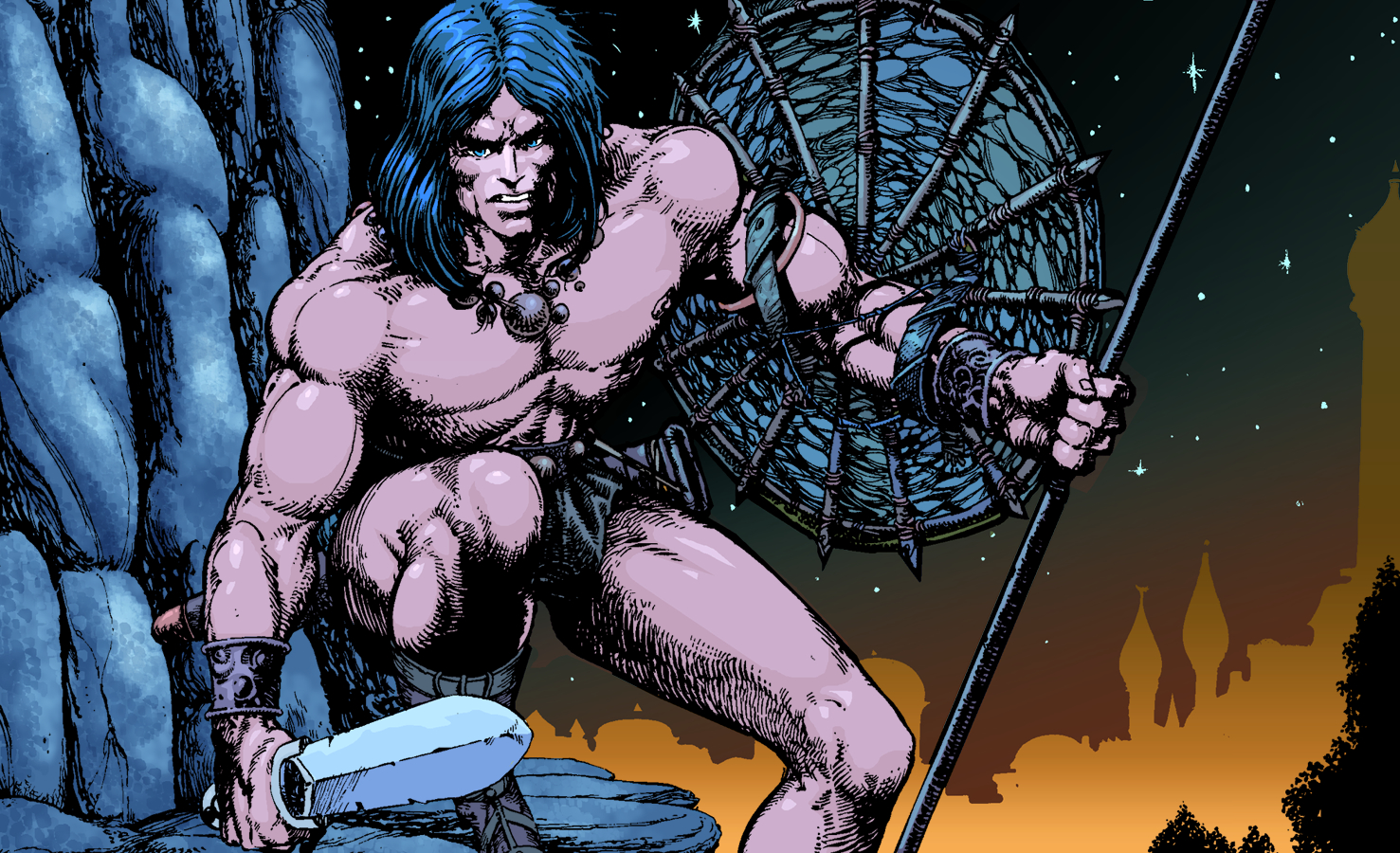 DEC030015
(W) Roy Thomas (A) John Buscema, Barry Windsor-Smith
ROY THOMAS (W) , BARRY WINDSOR-SMITH (A) , and JOHN BUSCEMA (A)
On sale March 31, SC, 160pg, FC
Volume four collects the end of Roy Thomas and Barry Windsor-Smith's seminal run on Conan the Barbarian. As with any collaboration between two extremely talented artists, before their partnership on Conan came to an end, Thomas and Windsor-Smith were producing the finest work of their careers up to that point. And like those great collaborations, we're left to wonder, "what if they'd stayed together..." This compilation features two outstanding creators at the top of their game, working on a compelling character who's popularity has never faded. Also included is the first issue of acclaimed artist John Buscema's definitive run.
Collecting issues 23 through 26 of the original Marvel series and material from the second and third issues of Savage Tales, originally published in the 1970s. As an added bonus, this volume features Richard Isonove, colorist of Marvel's Origin: The True Story of Wolverine and Neil Gaiman's 1602, bringing to life Thomas and Windsor-Smith's ultimate masterpiece, Red Nails.