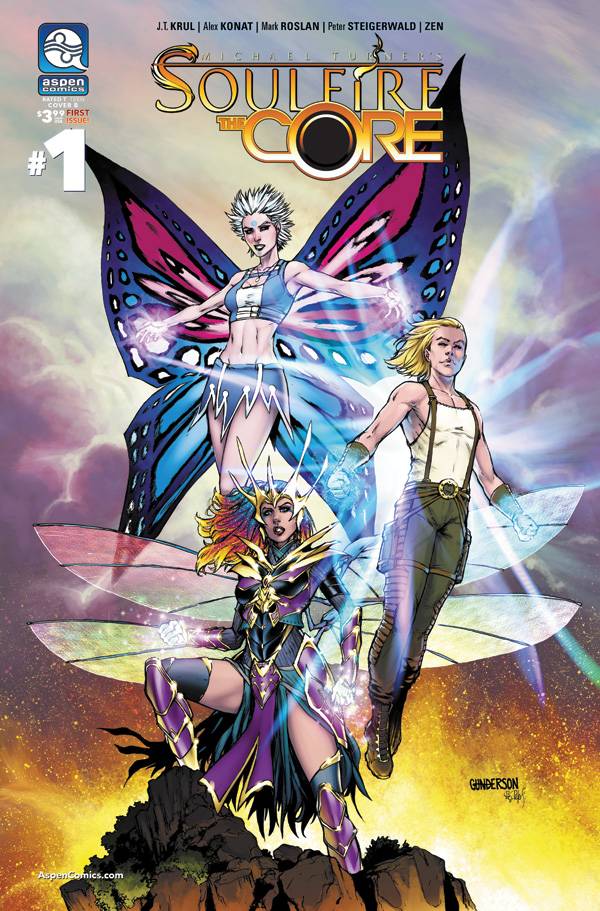 #
AUG221196
(W) J. T. Krul (A) Alex Konat (CA) Jordan Gunderson
Aspen Comics' largest and most ambitious release of 2022 is now available in a two-part action-packed adventure!
The hidden world of magic has made its presence known in the conflict above the surface between The Blue, The Humans and the previously concealed race of The Core. One of the
greatest decisions of their kingdom stands before them, as the mysterious-and deadlyfrom The Core have been brought to their realm, under the watchful eye of Grace...
Now, the magical denizen of The Everlands must decide how to harbor its most deadly and powerful inhabitant... a decision that will send shockwaves across the entire Aspen Universe!
Featuring covers by Alex Konat, Jordan Gunderson and Michael Turner, this is THE biggest Soulfire direct market launch of 2022!
In Shops: Oct 26, 2022
SRP: $3.99
View All Items In This Series
ORDER SUBSCRIBE WISH LIST