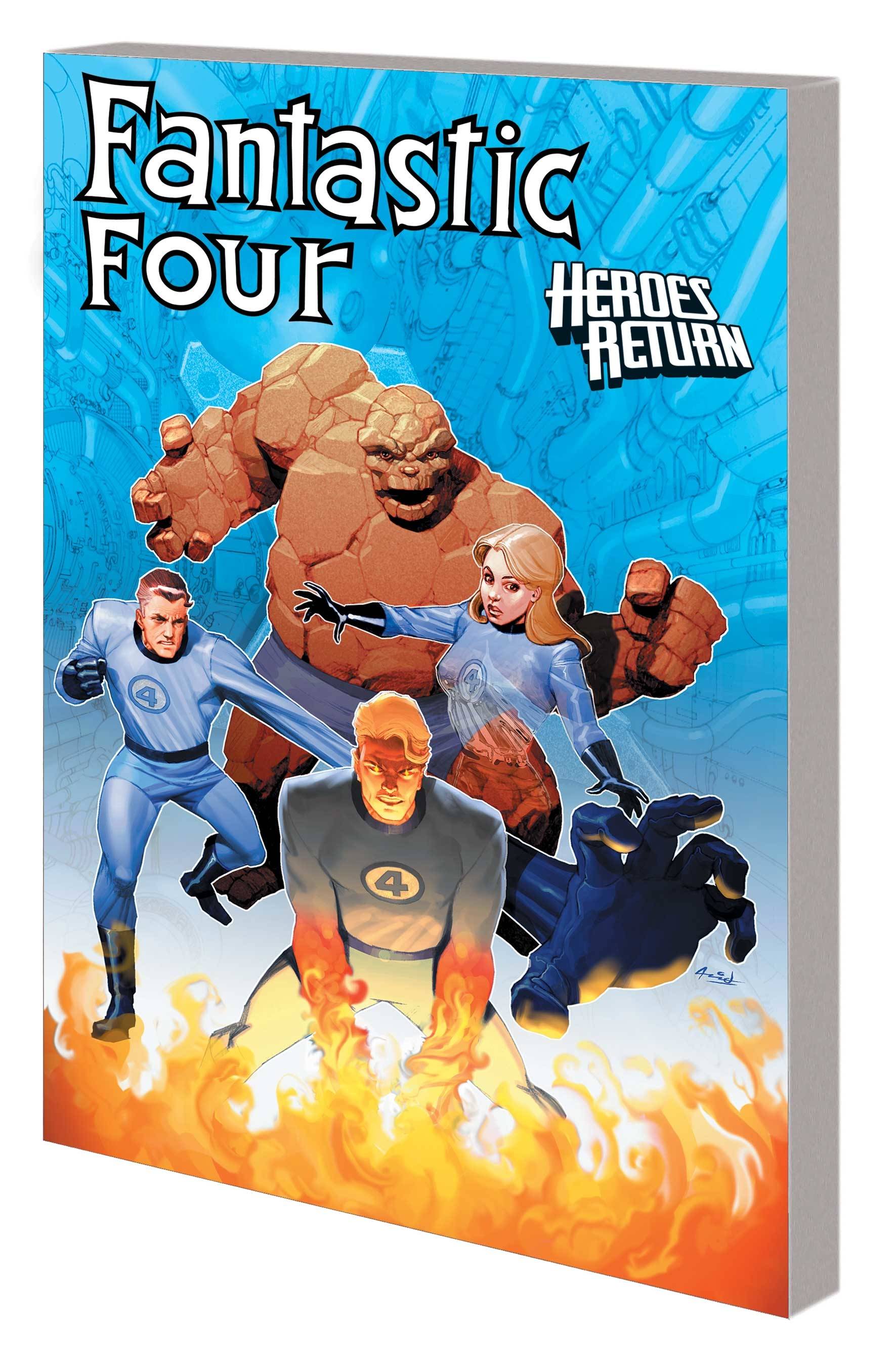 #
AUG221011
(W) Carlos Pacheco, Various (A) Jeff Johnson, Various (CA) Ariel Olivetti
Abraxas attacks! The villain's first volley leaves Galactus dead, the Watcher in a coma and reality rewritten! Can the Fantastic Four and their allies stop this all-powerful madman before it's too late? Then, the Inhuman royal family returns to Earth, seeking asylum with the FF. But will Mister Fantastic be labeled an enemy of the state for housing them? Meanwhile, the Invisible Woman reaches a critical point in her unexpected pregnancy - and with the lives of both Sue and her unborn child on the line, the Human Torch turns to an unlikely ally! And can the Thing defeat a foe spawned from his own rocky mutation? Plus: Ben Grimm and She-Hulk share a long night in the New York subway thanks to Dragon Man! Collecting FANTASTIC FOUR (1998) #46-59 and ANNUAL 2001 and THING & SHE-HULK: THE LONG NIGHT.
Rated T
In Shops: Dec 28, 2022
SRP: $44.99
View All Items In This Series
ORDER SUBSCRIBE WISH LIST