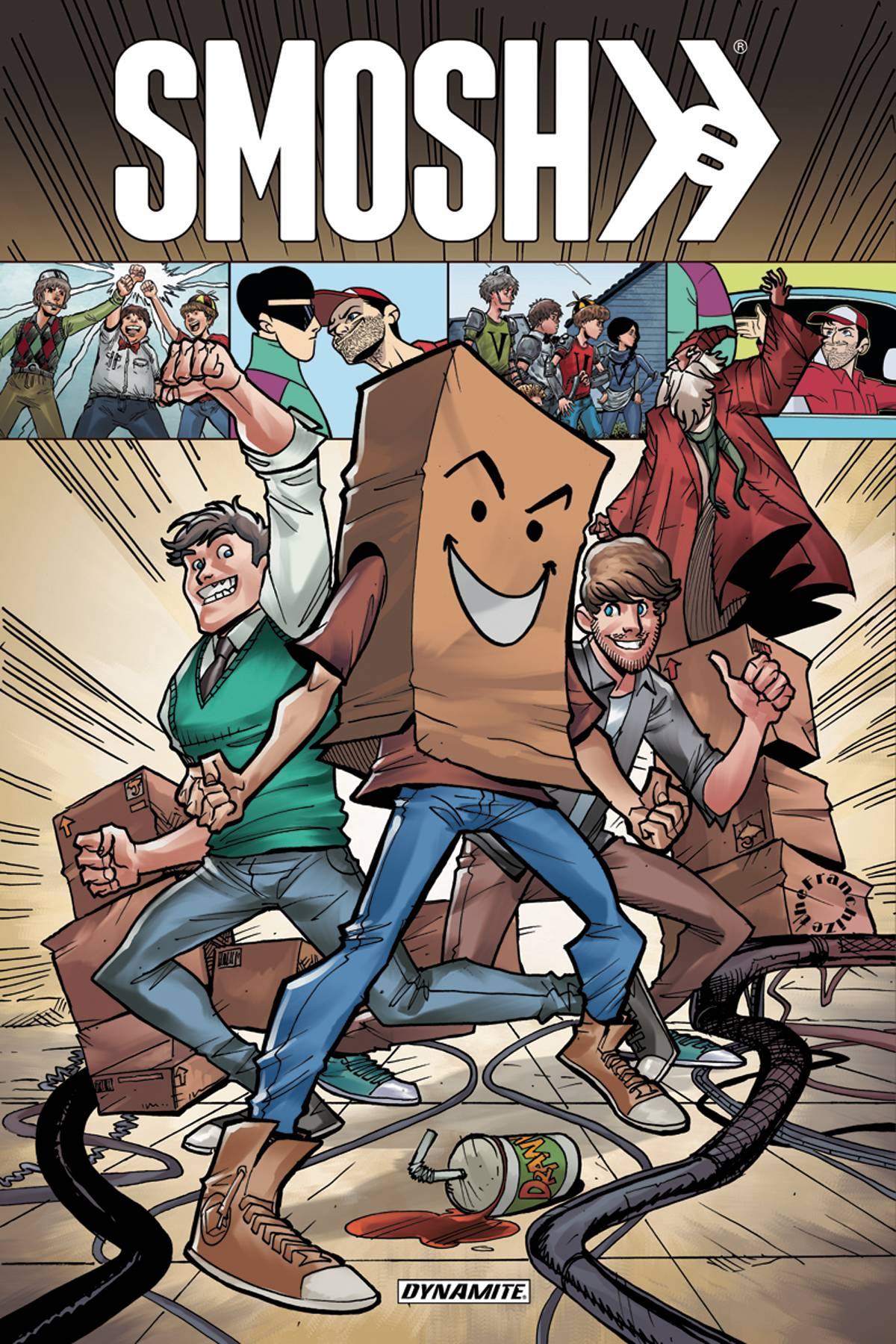 #
AUG220738
(W) Michael McDermott, Yale Stewart, David Atchison (A) Franco Viglino, Yale Stewart, Mauro Vargas (A/CA) Jerry Gaylord
SMOSH, the Kings of YouTube Comedy, now bring their wildly popular humor sketches -- namely, Super Virgin Squad, Box Man, and That Damn Neighbor -- to comics!
Behold, the Super Virgin Squad! Gathered together in the V-Cave, this group of unique individuals channel their sexual frustration into superhuman abilities to defend the physically weak, the socially awkward... the geekiest among us! Billy, Paulie, and Stevie's latest mission? To save one of their moms from the presumably slimy seductions of a website swinger!
Beware of That Damn Neighbor! Benny Jean and Cletus just want to drink beer and admire their lawn flamingo, but the weirdo next door will not be ignored!
Witness a tale of friendship, fame, and freak accidents as Box Man's origin springs to life, in crazy detail! Thrill as Box Man and friends try to make sense of his weird twist of fate, attempting to make him the first-ever cardboard hero and, when that fails, settling on celebrity spokesperson. But can a move made in desperation ever go wrong?
In Shops: Sep 14, 2022
SRP: $19.99