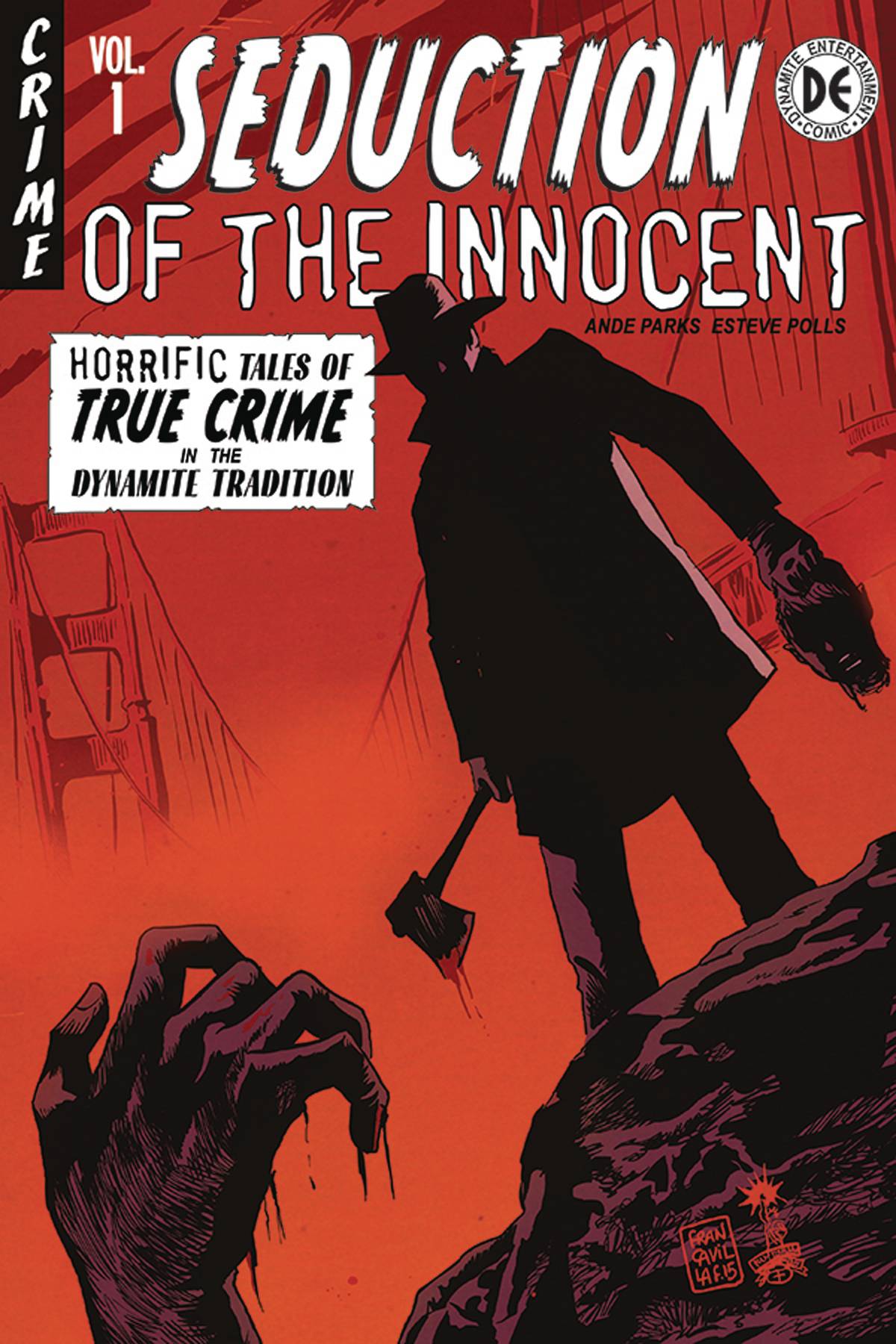 #
AUG220735
(W) Ande Parks (A) Esteve Polls (CA) Francesco Francavilla
FBI Agent Thomas Jennings has just arrived in San Francisco, fresh-faced and ready to tackle crime in the big city... but he's not nearly prepared for what he's about to encounter. The city's crime lords are being systematically murdered, and those responsible are the stuff of his nightmares. In a desperate race to end the spree killings and rescue two targeted and helpless children, Jennings will be forced to question every belief he holds dear... and struggle to hold onto his humanity. Gritty, sometimes depraved crime fiction in the tradition of James Elroy, Jim Thompson, and EC-era crime and horror comics, Seduction of the Innocent reunites writer Ande Parks and artist Esteve Polls, the acclaimed creative team that brought you The Death of Zorro and The Lone Ranger.
In Shops: Sep 21, 2022
SRP: $15.99
PREORDER WISH LIST