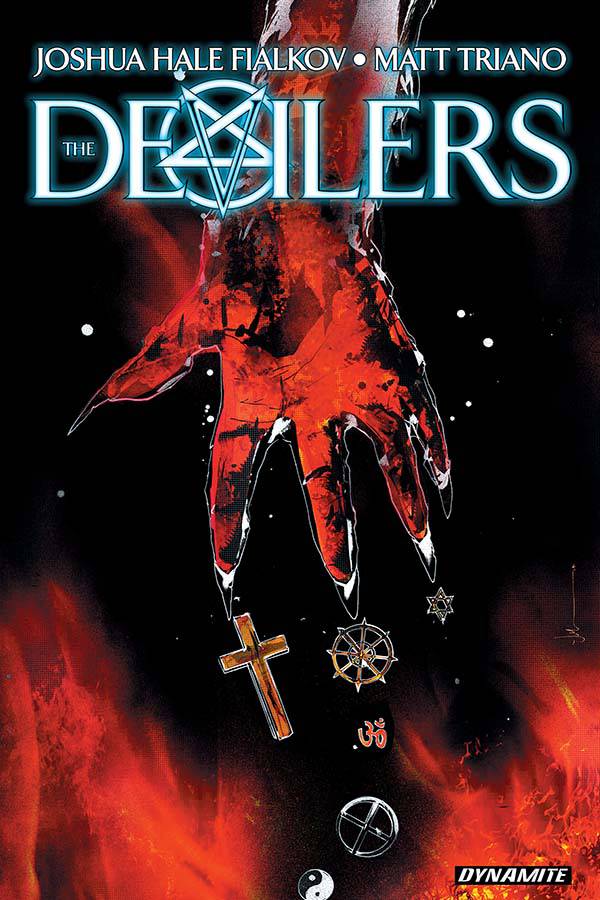 #
AUG220714
(W) Joshua Hale Fialkov (A) Matt Triano (CA) Jock
When the world is under siege from the pits of Hell, it's up to The Devilers to set things right! Seven of the world's greatest exorcists, representing many faiths but united by common resolve, are called to the burning Vatican. As rescue workers attempt to contain the city-wide inferno, only the truly devout stand witness to the demon army marching among the flames. The Devilers, each armed with a unique and fearsome ability to combat the fiendish invaders, must battle their way through the City of the Damned to confront the true evil at its core... but one among their number holds a terrible secret that might be their undoing!
In Shops: Sep 14, 2022
SRP: $19.99