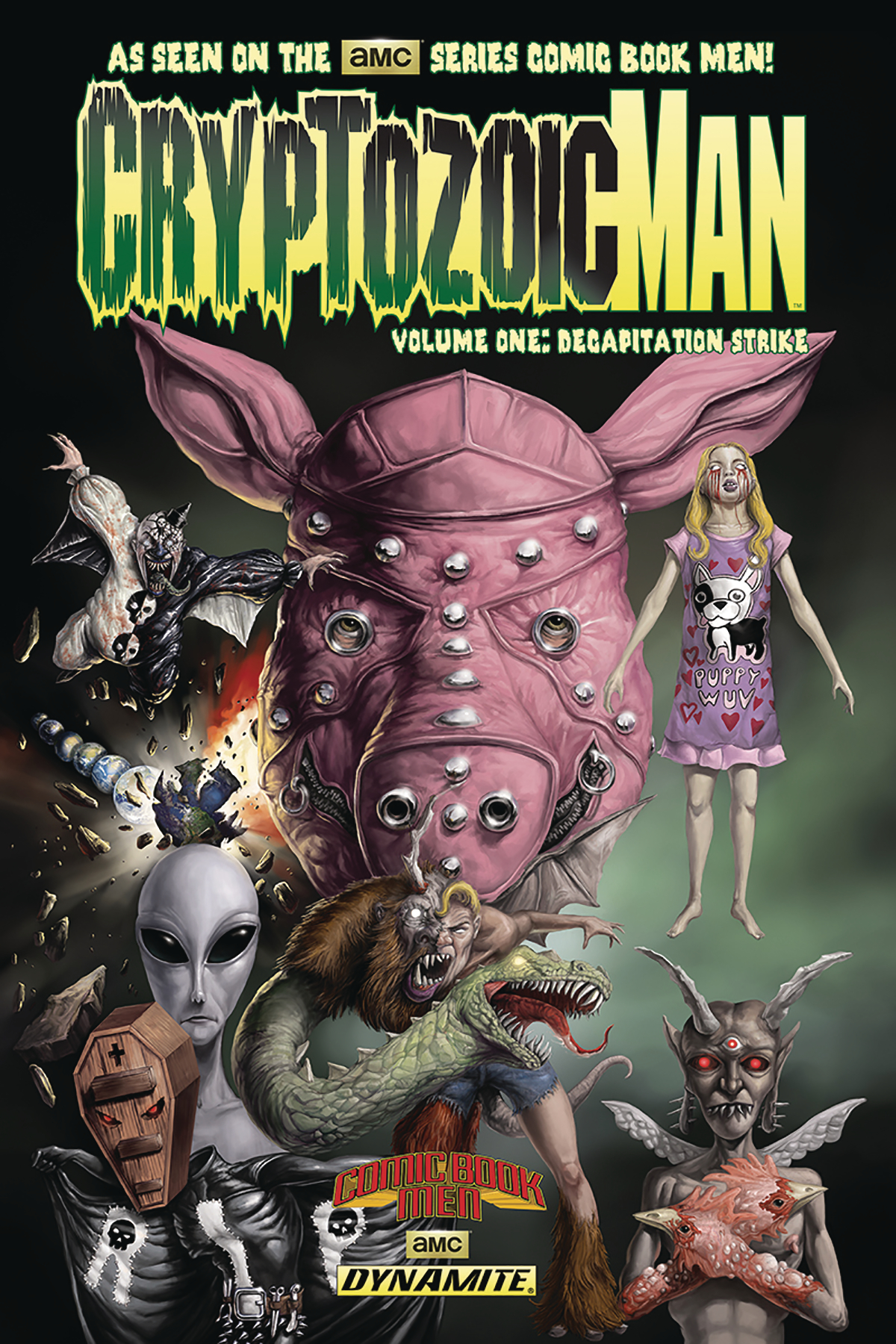 AUG220711
(W) Walter Flanagan (A) Bryan Johnson (A/CA) Walter Flanagan
From the minds of Bryan Johnson and Walter Flanagan, stars of AMC's hit television show, Comic Book Men! Shortly after Alan Ostman's daughter goes missing on a family camping trip, he finds himself living life on the fringes. After a particularly rough night, an industrialist interested in Alan's research focusing on the "alternative sciences" bails him out of jail and offers Alan a job. Think your boss is bad? At least they're (probably) not a leather pig-mask wearing, inter-dimensional miscreant bent on having a race of malignant beasts exterminate the world's best known cryptids and destroy the entire universe in the process. Does humanity have a shot? A mythical society of Gray aliens didn't create Cryptozoic Man for nothing!
In Shops: Sep 21, 2022
SRP: $17.99
View All Items In This Series
PREORDER WISH LIST