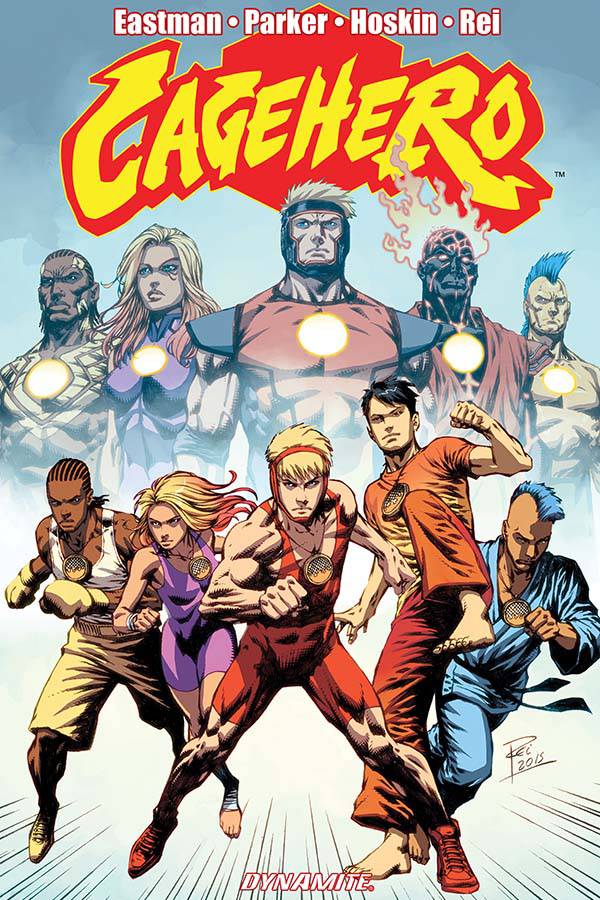 #
AUG220707
(W) Kevin Eastman, Ian Parker, Rik Hoskin (A/CA) Renato Rei
Ryder Stone, a high school student and wrestling sensation, discovers his true destiny when he's recruited to join a super-powered team of mixed martial artists! Heir to one of eight medallions forged from a radioactive meteorite, he trains with his mysterious mentor Doc Proton for the day when, with focus and resolve, he and his new friends must harness the power to become the next generation of Cage Heroes. However, an evil network known as the Shadow Empire, led by the megalomaniacal Dark Sanctum and his vicious protégé Stryker, seeks the medallions for an evil purpose: to wield in unison, plunging the world into darkness. Only by unlocking the hero within can Ryder and his teammates save civilization as we know it!
Cage Hero, the perfect blend of superhero action and mixed martial arts, makes its explosive debut, from the minds Kevin Eastman (co-creator of Teenage Mutant Ninja Turtles), former UFC manager and MMA expert Ian Parker, and MMA personality Mark Mastrandrea! Bonus materials include character designs by Renalto Rei, and an introduction ny Mike Straka, MMA journalist and host of MMA Noise.
In Shops: Sep 21, 2022
SRP: $14.99