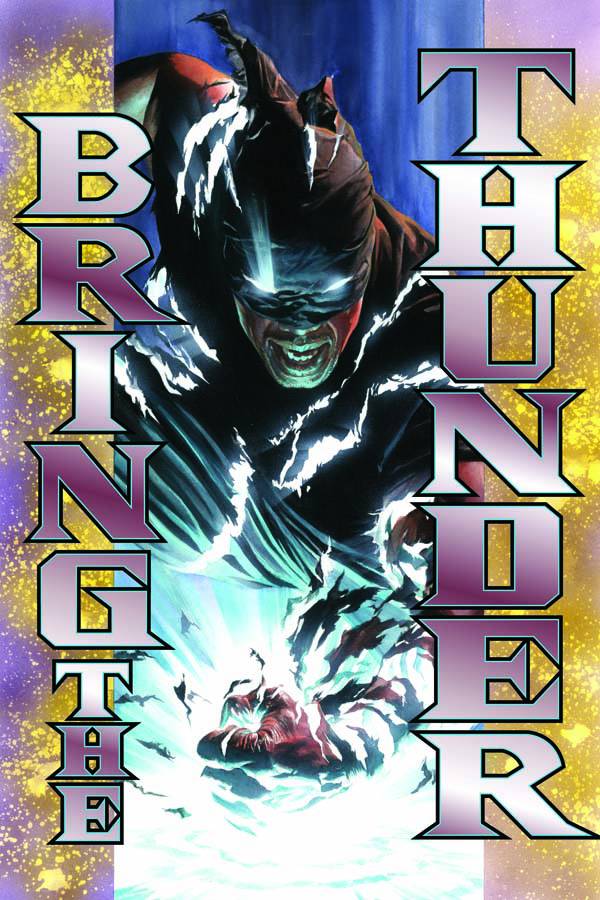 #
AUG220705
(W) Jai Nitz (A) Wilson Tortosa (CA) Alex Ross
Wayne Russell is an elite para-rescue jumper in the Air Force serving in Afghanistan. He leads the most rigorously trained troops on the most dangerous missions into enemy territory. During a deadly mission, Wayne's team is ambushed. Mortally wounded, Wayne finds and fires an experimental weapon, but the weapon malfunctions. The result will change Wayne and warfare forever!
With plot, concept, and amazing covers by Alex Ross, script by Jai Nitz (Tron: Betrayal), and art by Wilson Tortosa (Wolverine: Prodigal Son), Bring the Thunder is a creative tour-de-force! Collects the four-issue Bring the Thunder series, and includes a complete cover gallery and bonus material.
In Shops: Sep 21, 2022
SRP: $16.99
PREORDER WISH LIST