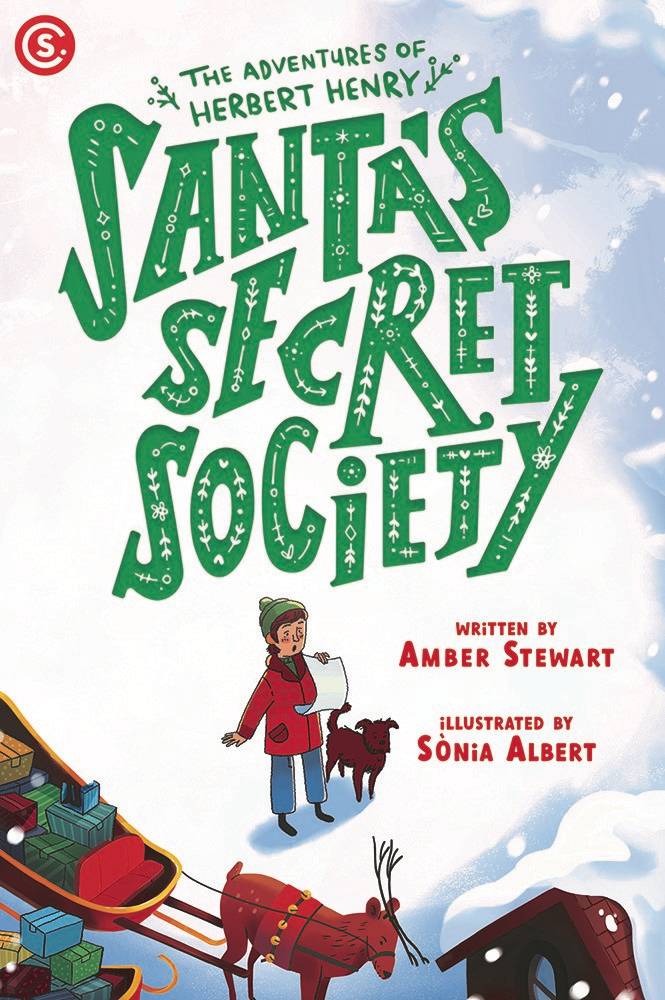 #
AUG220594
(W) Amber Stewart (A) Sonia Albert
Less than a week before Christmas, Herbert Henry's father has lost his job, and worse, his Christmas cheer. Herbert needs the kind of help only Santa can provide. But as he journeys north to hand-deliver his letter to Santa, Herbert discovers that his power to help others, from busy Elves to a stranded Snow Bear...could be the key to everyone's merry Christmas.
The delight and drama of the journey is nothing compared to the surprise awaiting Herbert Henry upon reaching the House of Claus. Chaos abounds, Christmas is in jeopardy, and it is down to one industrious little boy, an only slightly helpful dog, and the cast of characters Herbert has helped and befriended on the way to save Christmas...but can Herbert also save his father and his home?
In Shops: Oct 05, 2022
SRP: $12.99
PREORDER WISH LIST