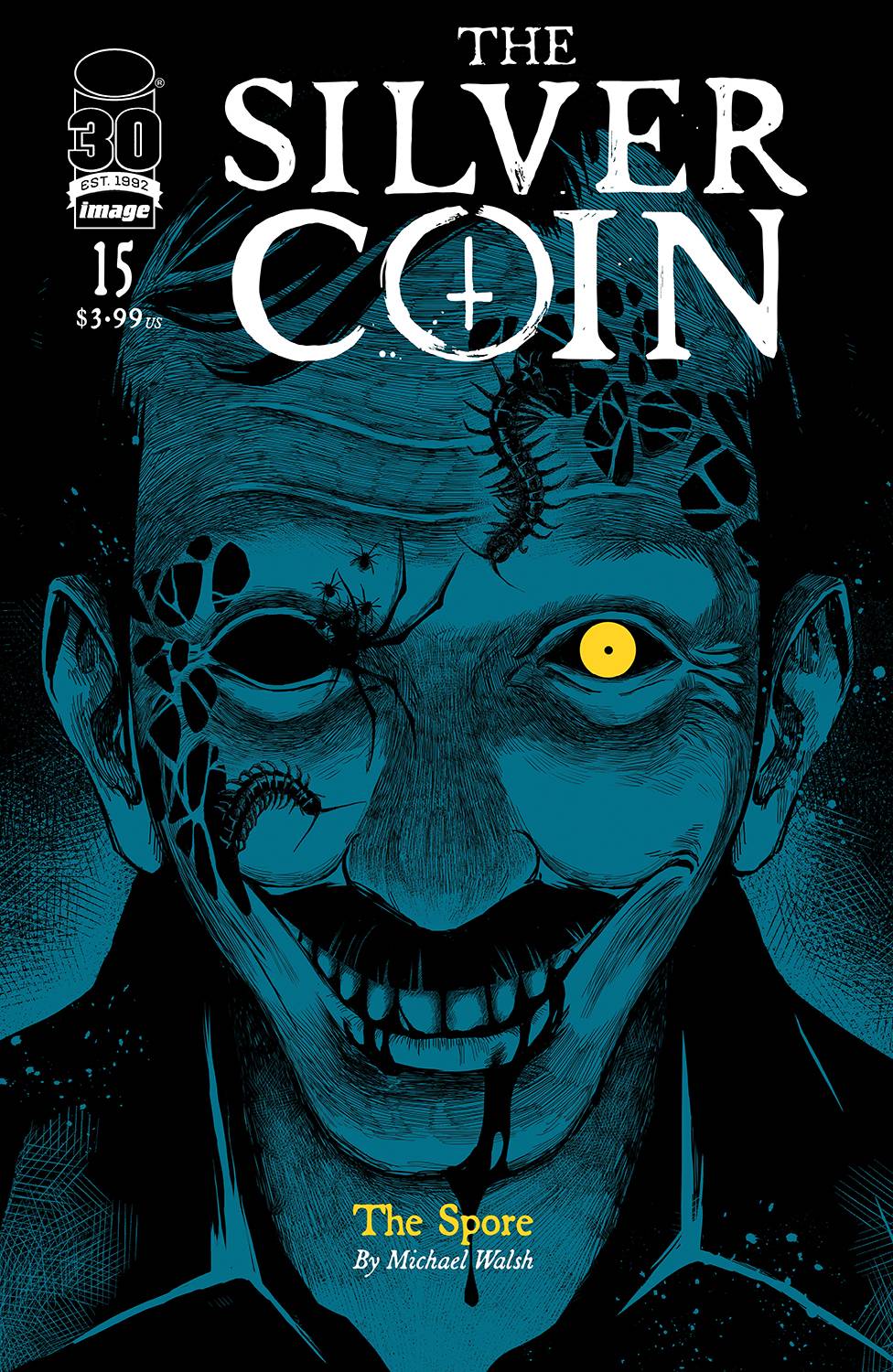 #
AUG220229
(W) Michael Walsh (A) Michael Walsh (CA) Anwita Citriya
We first met Louis in 1978 at the scene of a concert fire where he found the Silver Coin. Then we saw him shortly after, at that diner that went up in flames. And again some years later, dead after a home invasion. So how did the ill-fated firefighter spend his time with the coin? Or rather: how did the coin spend him? The next chapter in the acclaimed horror anthology from MICHAEL WALSH, JAMES TYNION IV, STEPHANIE PHILLIPS, JOHNNIE CHRISTMAS, and PORNSAK PICHETSHOTE is out this month.
In Shops: Oct 19, 2022
SRP: $3.99
View All Items In This Series
PREORDER SUBSCRIBE WISH LIST