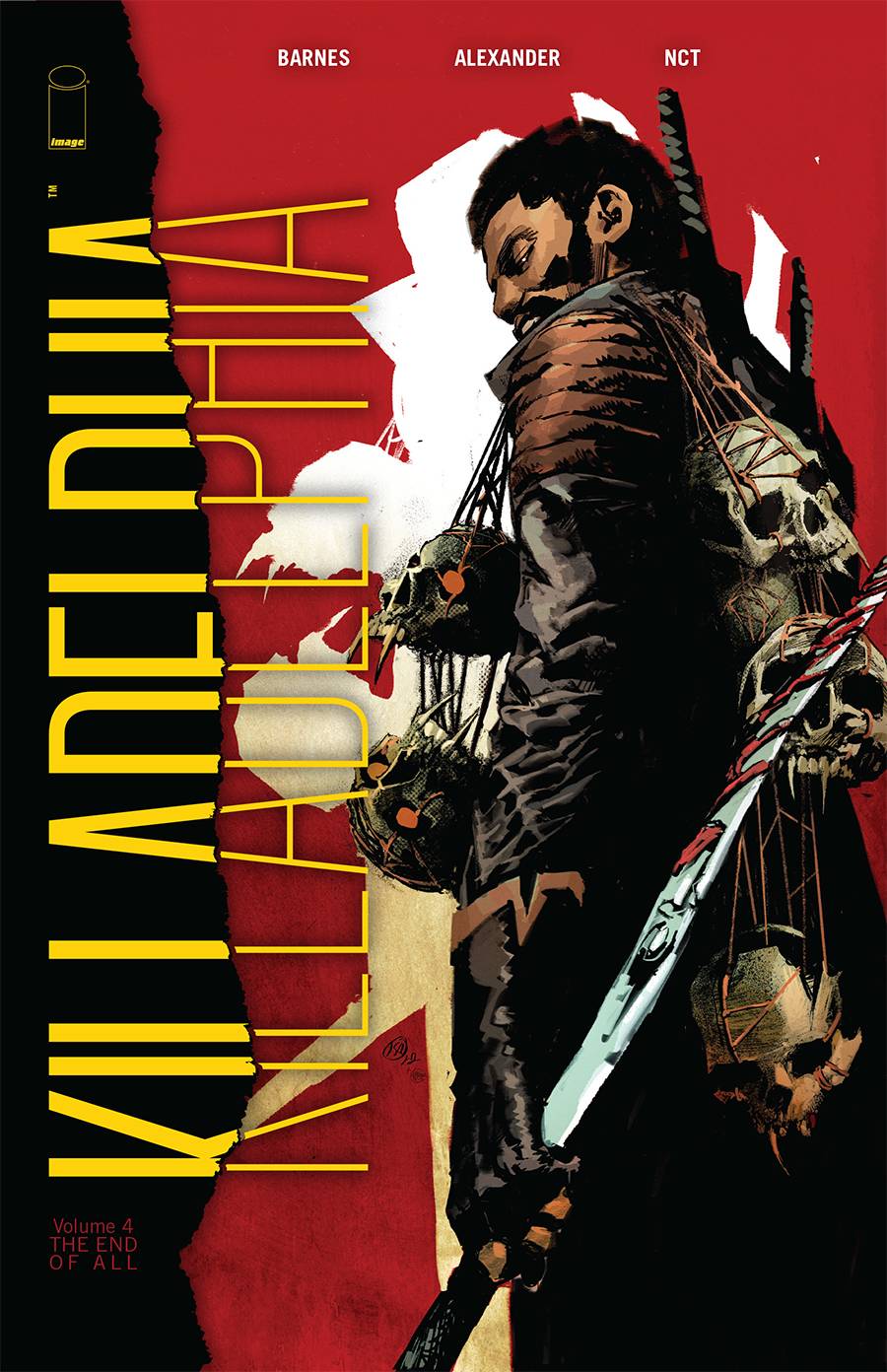 #
AUG220141
(W) Rodney Barnes (A) Luis Nct (A/CA) Jason Shawn Alexander
Supernatural suspense and terrifying thrills as gods, monsters, witches, vampires, and werewolves face off! A new nightmare begins in the Eisner Award-nominated horror series from RODNEY BARNES, the writer behind such hit shows as Wu-Tang: An American Saga and STARZ's American Gods, and JASON SHAWN ALEXANDER, the artist who redefined SPAWN for a new generation.
As vampire queen Abigail Adams and necromancer Thomas Jefferson combine their might to devour the very heart of Philadelphia, James Sangster and their newfound werewolf allies make their final stand.
But more is at stake than they realize, and the plot twists even further as knights become traitors, kings become pawns, and new grandmasters emerge...
Welcome to the new ruling class-the immortal, the undead. Bow before your masters!
Collects KILLADELPHIA #19-24
In Shops: Oct 26, 2022
SRP: $16.99
View All Items In This Series
ORDER SUBSCRIBE WISH LIST