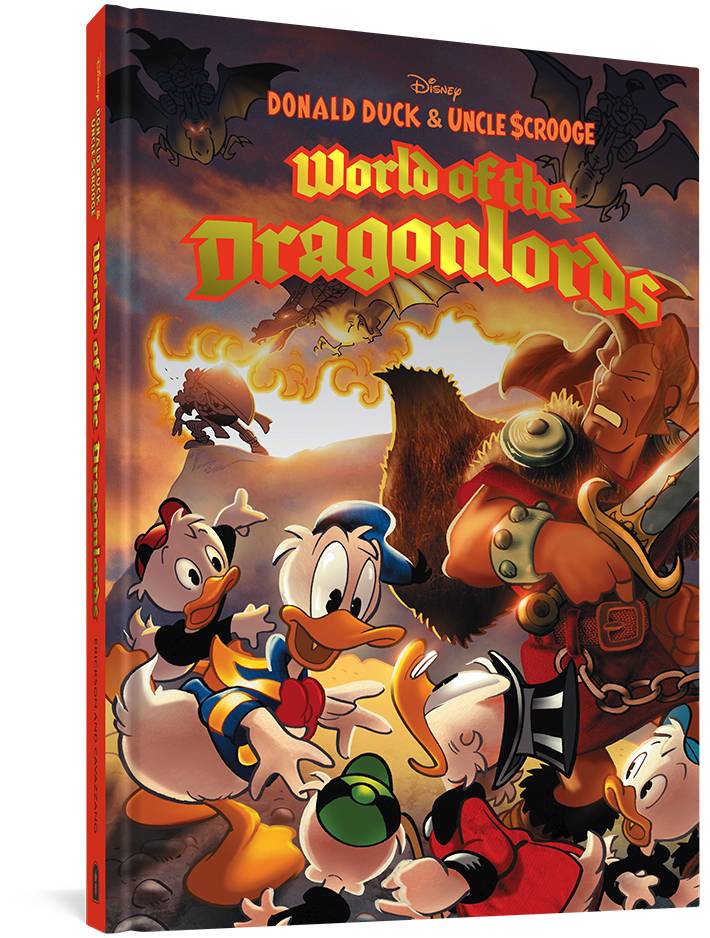 #
AUG211767
(W) Byron Erickson (A) Giorgio Cavazzano
"Help us, Huey, Louie, and Dewey! You're Morgworld's only hope!" A feature-length fantasy epic pits Donald, Scrooge, and the gang against a deadly troll kingdom!
Donald, Uncle Scrooge, and their nephews are locked in a Duckburg family feud when an interdimensional doorway appears... and takes them to Morgworld, a medieval realm where trolls rule, humans are serfs, and dragons beasts of burden! Can our squabbling Ducks bring justice to this land of swords and sorcery?
Giorgio Cavazzano (Donald Duck: The Forgetful Hero), among Italy's most celebrated comics artists, brings his outrageous energy, emotive characters, and wild "techno" style to a feature-length 21st-century Disney fantasy tale, filled with fire-breathing frenzy by beloved writer/editor Byron Erickson ("A Mickey Mystery")!
Fly on dragonback to the fortress city of Toom! Meet way-out wizard Hintermann, bold warrior Brendon, boy prisoner Jute, and three blazing dragons... Smoky, Sniffles, and Spitfire! It's up to Donald, Scrooge, and the boys to rescue these ragtag rebels - don your armor and get ready!
In Shops: Nov 17, 2021
SRP: $29.99
ORDER WISH LIST