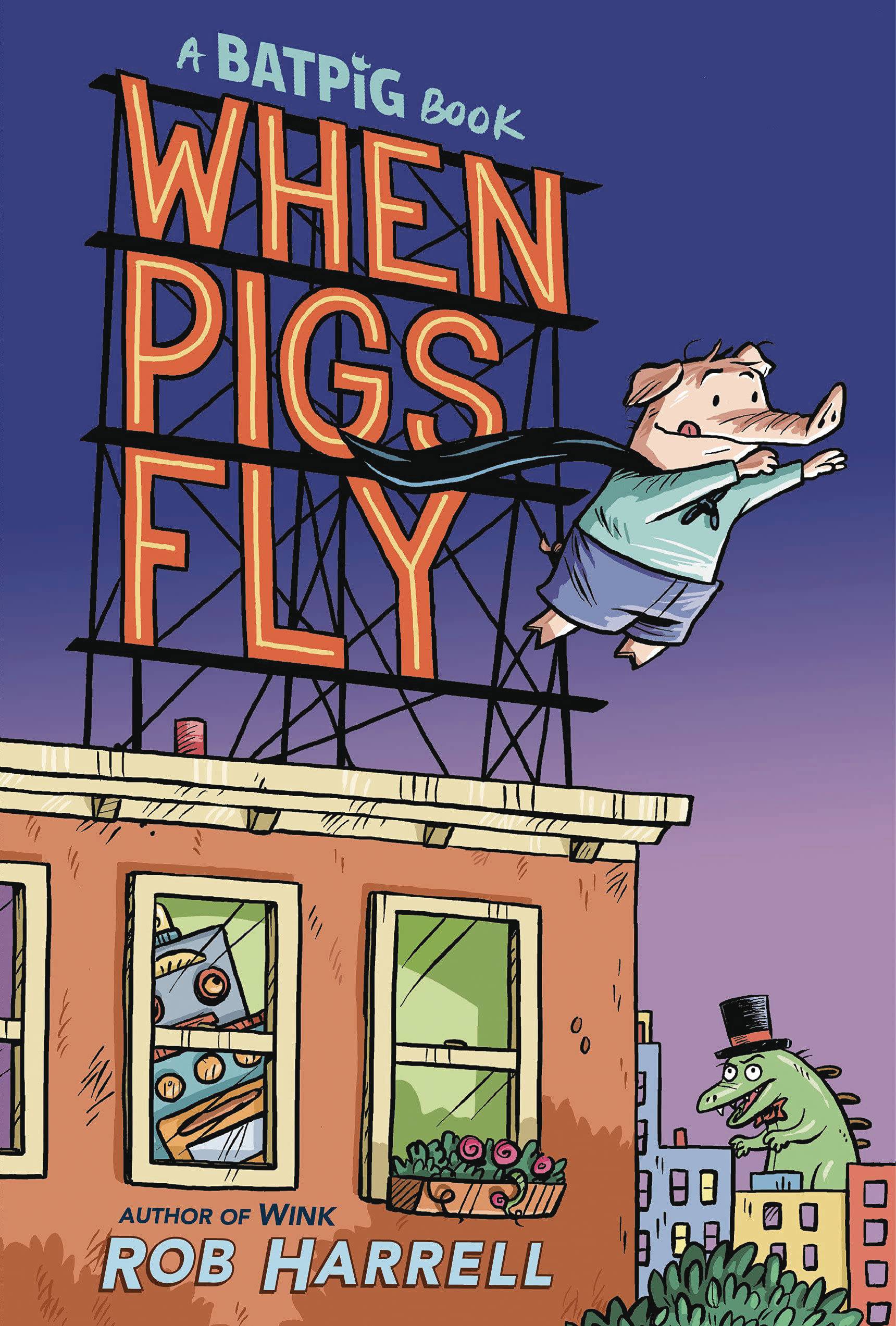 #
AUG211708
(W) Rob Harrell (A) Rob Harrell
Introducing a supremely hilarious graphic novel featuring an unstoppable, super-swine hero who boldly fights for justice! Gary Yorkshire was your perfectly average, fuzzy pink pig who loved tasty sandwiches, video games, mud baths, and hanging out with his friends Carl the fish and Brooklyn the bat. Until one day... a radioactive bat bite gives him powers he never would have dreamed of! Inspired by his old Crimson Swine comics, Gary decides that he'll use his powers for good and becomes (drumroll) Batpig! Now he just needs a good zinger of a Batpig slogan, a spandex costume that flatters his rear end... and maybe a little advice about how in the world to defeat super-villains?
In Shops: Oct 27, 2021
SRP: $14.99
ORDER WISH LIST