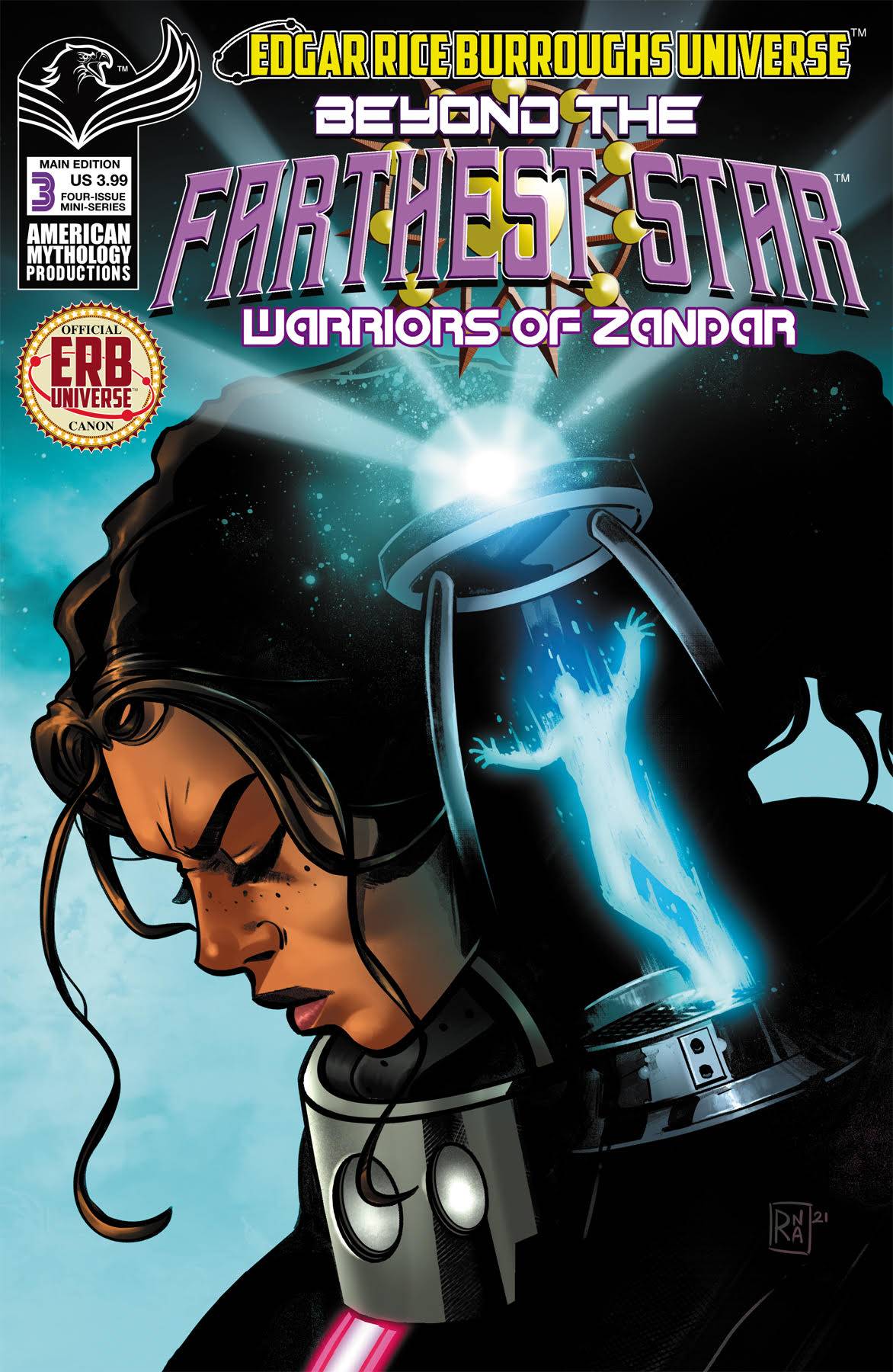 #
AUG211453
(W) Mike Wolfer (A/CA) Alessandro Ranaldi
The action-filled, modern sci-fi classic based on the timeless Edgar Rice Burroughs stories continues! Stranded on the savage planet Zandar, Victory Harben has bluffed her way into the island fortress city of the Keelars in the hope of discovering the mysterious secret that ties the brutal aliens to the peaceful people of her ally, Tii-laa. But Tii-laa herself has decided to single-handedly attack her enemies head-on, threatening to disrupt Victory's plan for a stealthy fact-gathering mission. Even as Tii-laa's bestial nature begins to manifest itself, another of her people joins the fray, and with him comes a revelation that will change Tii-laa forever! If you love epic battles, sci-fi thrills, and lost world high adventure, you'll find all of that and more Beyond the Farthest Star! This series comes with two covers - Main & 350 copy limited edition Variant by series artist Alessandro Ranaldi.
In Shops: Nov 24, 2021
SRP: $3.99
View All Items In This Series
ORDER SUBSCRIBE WISH LIST