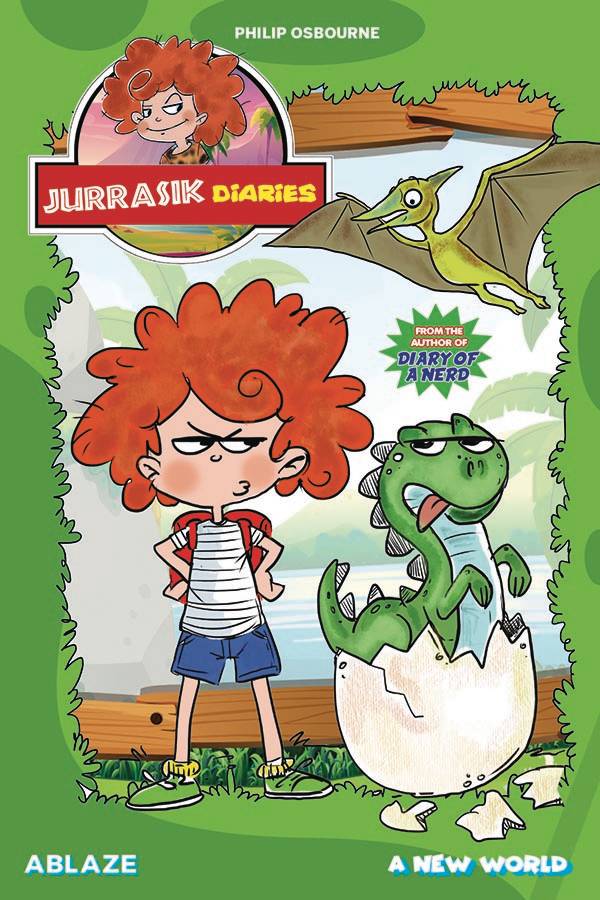 #
AUG211351
(W) Philip Osbourne (A) Various (CA) Plume Studio
Martin is a student who is very passionate about science...which makes him very unpopular at school. One day, while sitting absent-minded on the school bus, he is dropped off at a bus stop earlier than usual and soon realizes that something is terribly wrong...he finds himself in the middle of a vast prehistoric land! He discovers a tunnel that leads him to a small village populated by early humans. Martin looks to help them out by teaching them what he knows about science, including some of his special inventions. The book contains a series of humorous sketches and strips, which have narrative and visual counterpoints between the modern world of Martin and the Jurassic one.

A new book series by Philip Osbourne, International Bestselling Author of Diary of Nerd, soon to be an animated TV series, about a contemporary boy dealing in a Jurassik World...with humorous and educational results.
In Shops: Nov 24, 2021
SRP: $12.99
View All Items In This Series
ORDER SUBSCRIBE WISH LIST