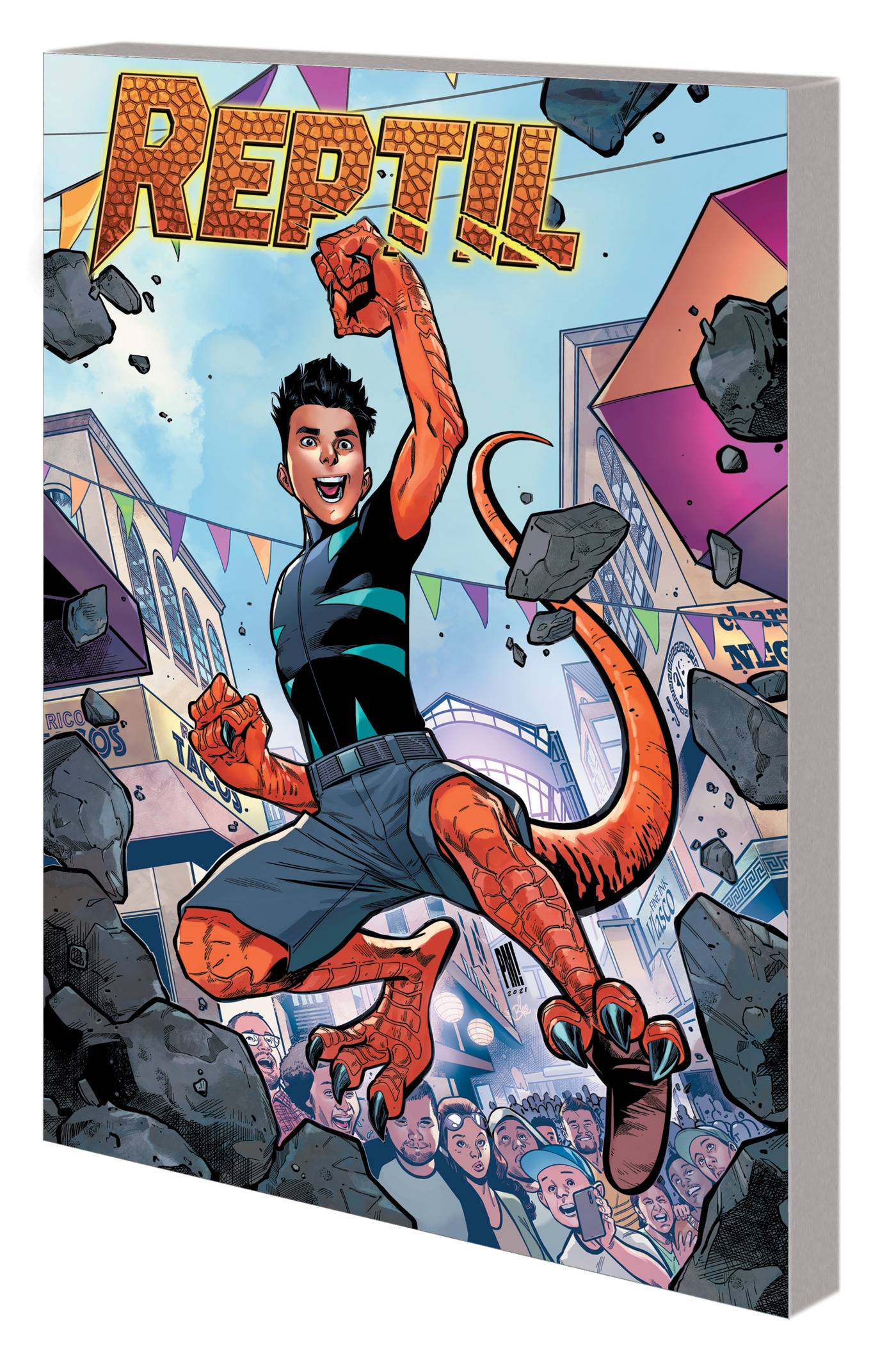 #
AUG211308
(W) Terry Blas, Christos Gage (A) Enid Balam, Steve Uy (CA) Paco Medina
Reptil - the dinosaur-powered graduate of Avengers Academy - is on the brink of extinction! In the wake of his grandfather's worsening health, Humberto
Lopez has taken a step back from crimefighting to focus on his family. Perhaps it's a sign that he should give up on becoming a hero and finally come to terms
with his parents' mysterious disappearance...or perhaps not! When a mysterious figure ambushes Humberto, what unravels will shake the core of everything
that Reptil thought he knew about his past. And it will either change the course of his future - or end it forever! Plus: Relive Humberto's sensational debut!
When Stegron the Dinosaur Man launches a campaign of destruction across America, the Avengers Initiative needs a new recruit - and Reptil is just the hero
for the job! Collecting REPTIL #1-4 and AVENGERS: THE INITIATIVE FEATURING REPTIL
Ages 10 & Up
In Shops: Dec 08, 2021
SRP: $13.99
ORDER WISH LIST