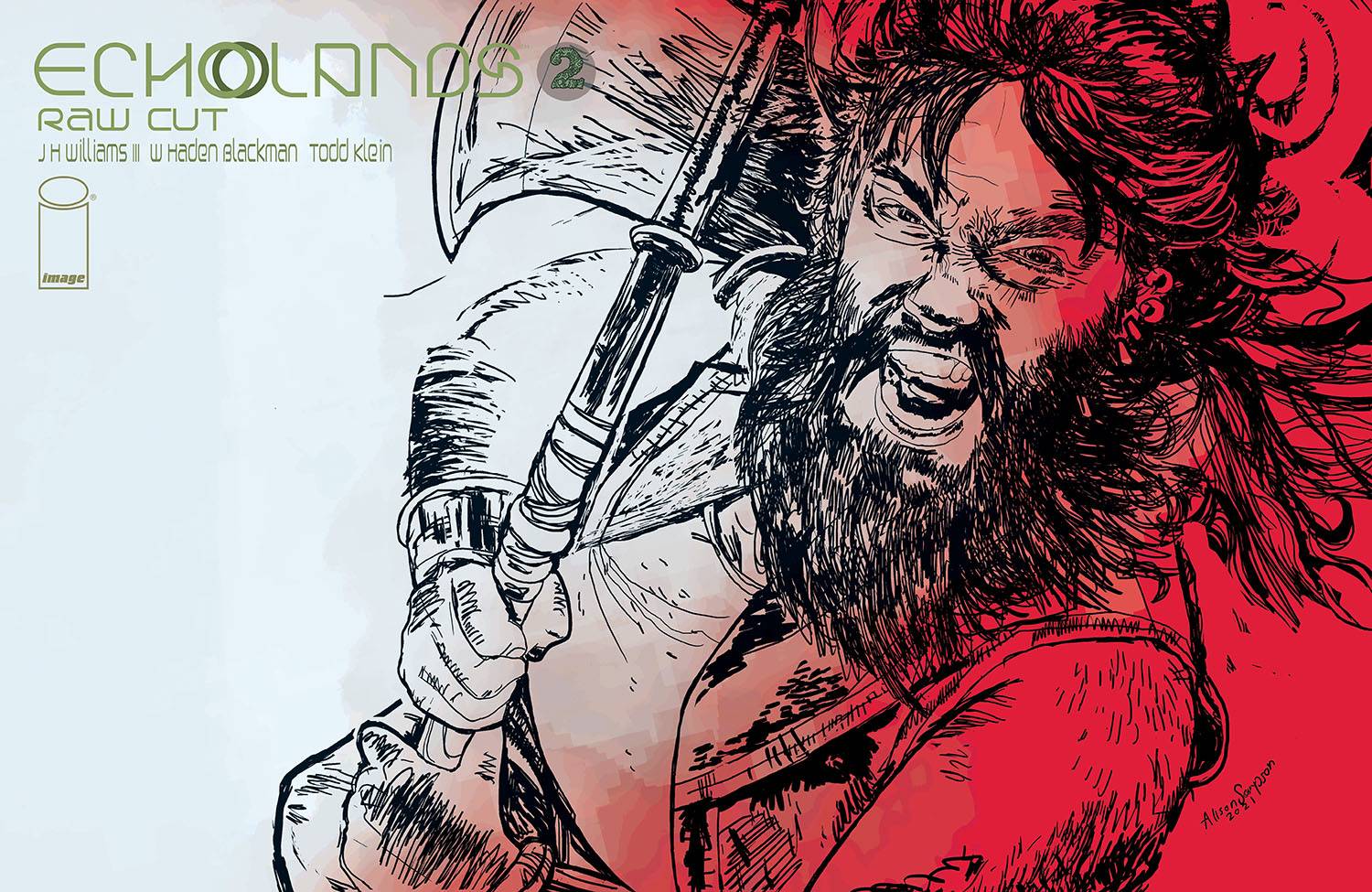 #
AUG210230
(W) J. H. Williams, Haden Blackman (A) J. H. Williams, Todd Klein (CA) Alison Sampson
Each issue of ECHOLANDS also offers an accompanying RAW CUT EDITION, featuring the art of J. H. WILLIAMS III as it looked leaving his work studio, plus translucent lettering.
Hope Redhood and her companions - Cor, Caniff, Castrum, Dena, Rabbit, and Rosa - are on the run from the Wizard, Teros Demond, and his terrifying daughter. Why is the Wizard willing to kill to regain his stolen gem? Can Hope and her crew escape the strange robots lurking in the tunnels beneath San Francisco? And will they survive the pirate captain Bloody Gums' dastardly betrayal?
In Shops: Oct 27, 2021
SRP: $4.99
View All Items In This Series
ORDER SUBSCRIBE WISH LIST