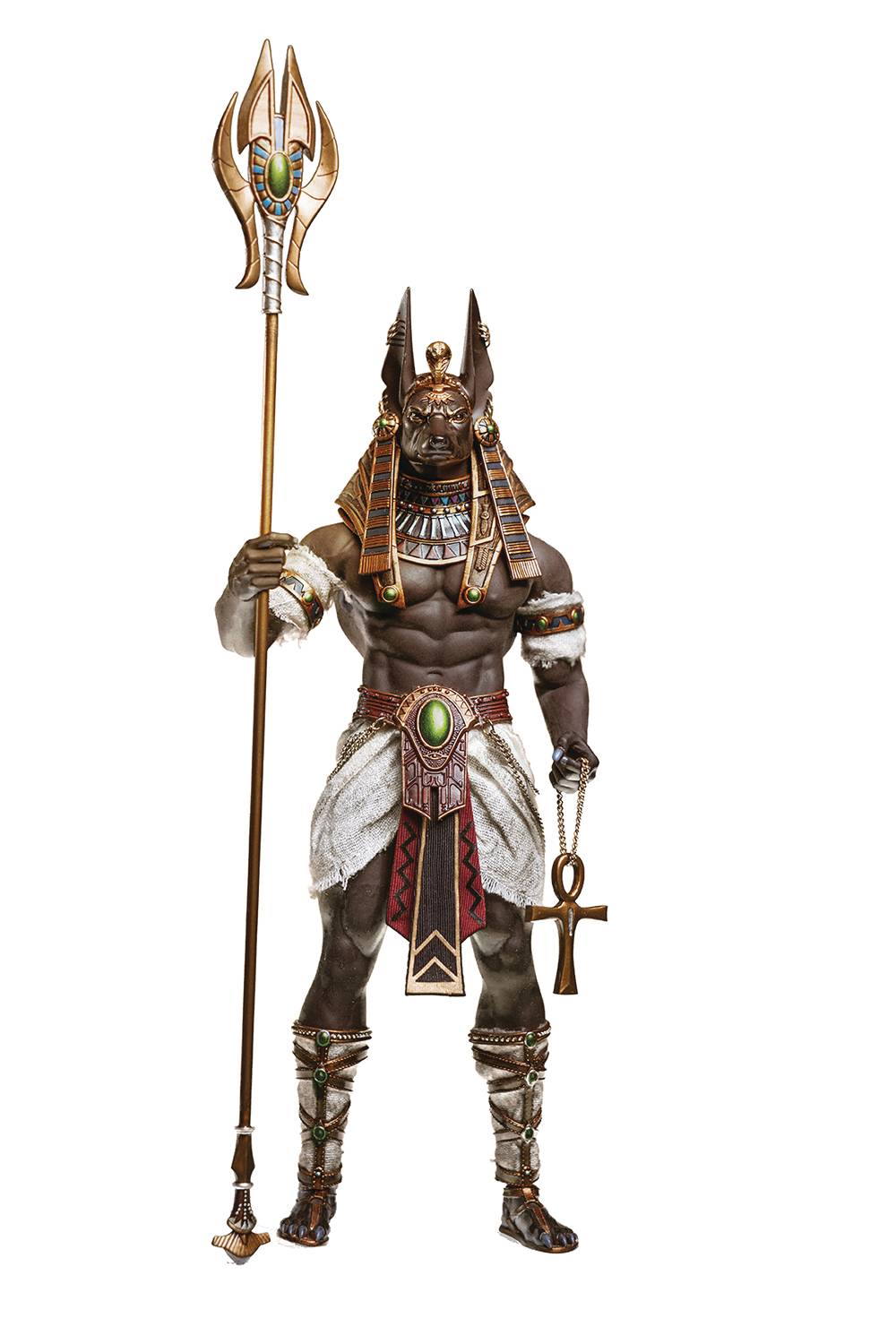 # # # # #
AUG208981
From Executive Replicas. The Greek name of the god of death, mummification, embalming, the afterlife, cemeteries, tombs, and the Underworld, in ancient Egyptian religion, Anubis was usually depicted as a canine or a man with a canine head. Depicted as a protector of graves as early as the First Dynasty, Anubis was a god who ushered souls into the afterlife. He attended the weighing scale during the "Weighing of the Heart," in which it was determined whether a soul would be allowed to enter the realm of the dead. This Anubis figure features the TB League 1/12-male seamless body with metal skeleton, 2 head sculpts, and 3 pairs of interchangeable hands. Anubis comes dressed in a stunning metallic detailed outfit with cloak and includes a cross and trident accessories.