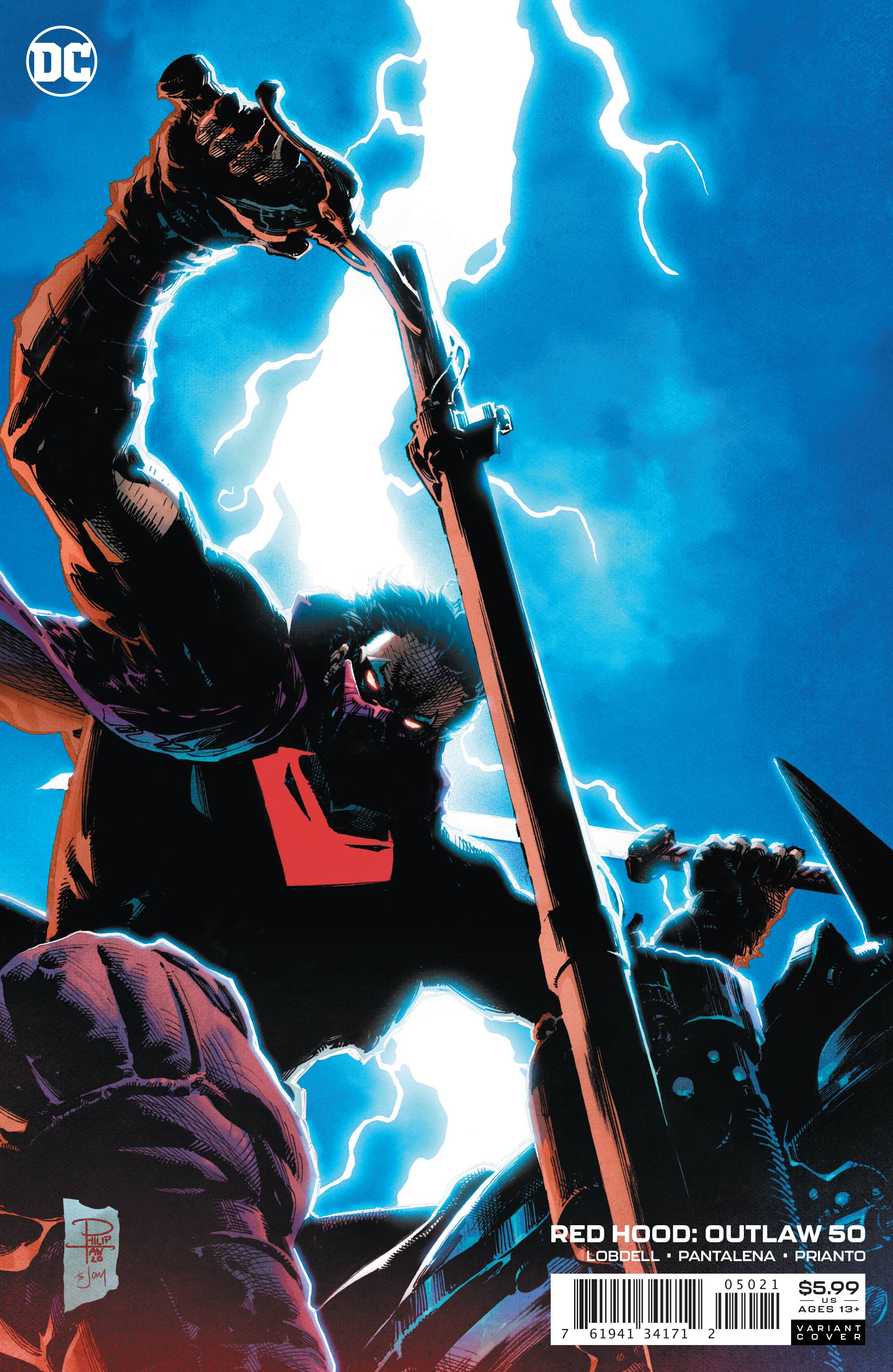 #
AUG202651
(W) Scott Lobdell (A) Paolo Pantalena (CA) Philip Tan
Jason Todd's downward spiral began when he was murdered by The Joker. But deep in his heart he blamed himself for charging headfirst into deadly danger. His rage and self-loathing caused him to lash out at those around him-keeping friends and family alike at arm's length. Until the Outlaws. First Arsenal and Starfire, and later, Artemis and Bizarro, saw through his defenses. Now it's time to pay it forward to the one person who represents all the mistakes he's made in his own life: Duela Dent. But can he save The Joker's Daughter...when he couldn't even save himself? Don't miss the end of the Outlaw era!
In Shops: Oct 28, 2020
SRP: $5.99
View All Items In This Series