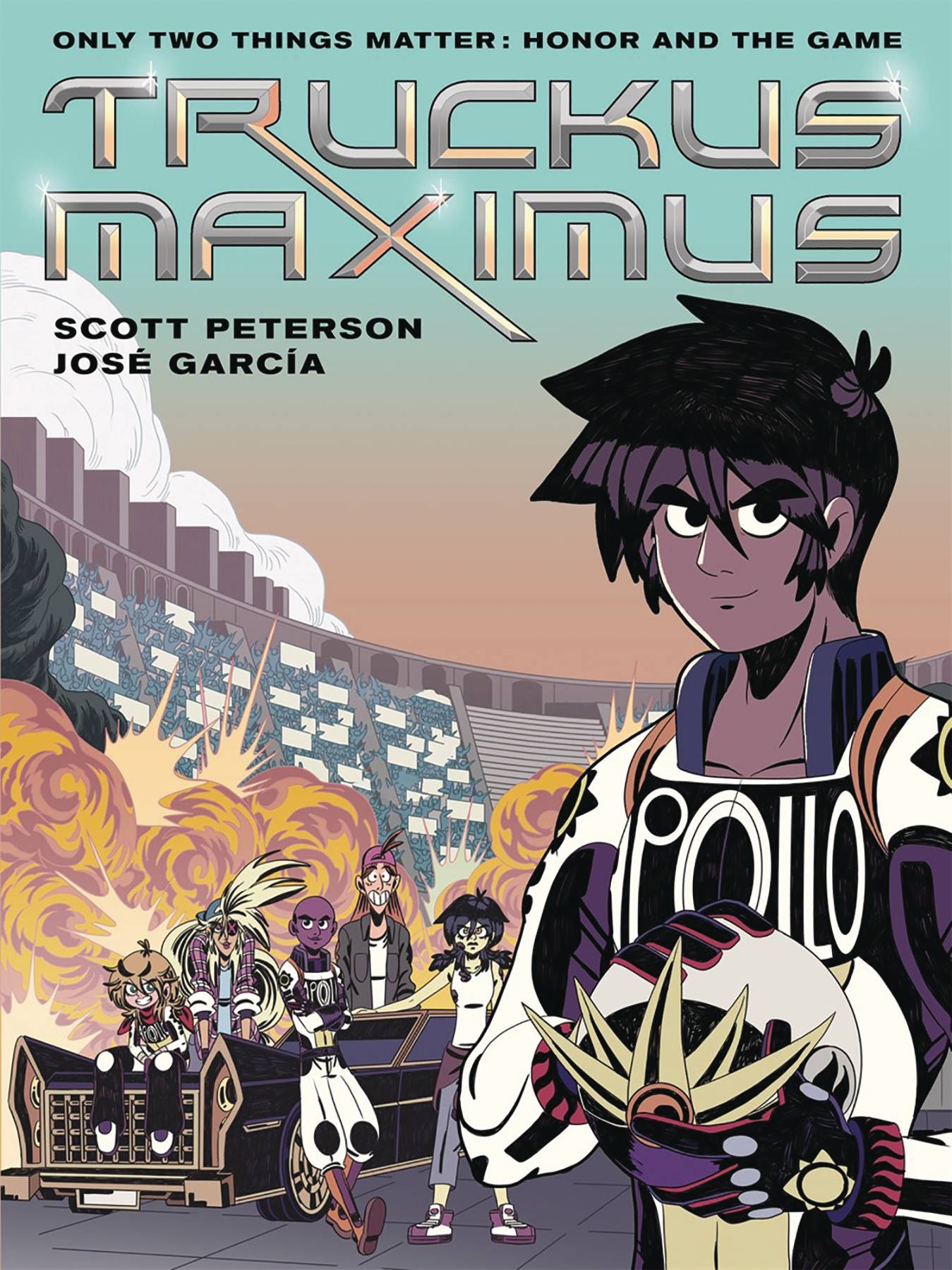 #
AUG191966
(W) Scott Peterson (A) Jose Garcia
In this YA graphic novel, gladiators of the modern-day Roman Empire are enslaved teenagers who race monster trucks on reality TV. In a near-future world where the Roman Empire never fell, only two things matter: honor and The Game. "The Game" is Truckus Maximus, a competition where drivers race against one another to the death. The best of the best is a young driver named Axl. The leader of Team Apollo, Axl drives hard and lives by a strict code of honor. That honor will be pushed to its limits by the Caesar, the cunning ruler of the Roman Empire, and the Dominus, the absolute master of the Truckus Maximus games who can change its rules at will. But Axl can't survive this race on his own. To do that, he'll have to embrace his team, including a defiant new racer named Piston. Will he learn that family is more important than honor and The Game? Or will he go down in flames?
In Shops: Oct 09, 2019
SRP: $16.99