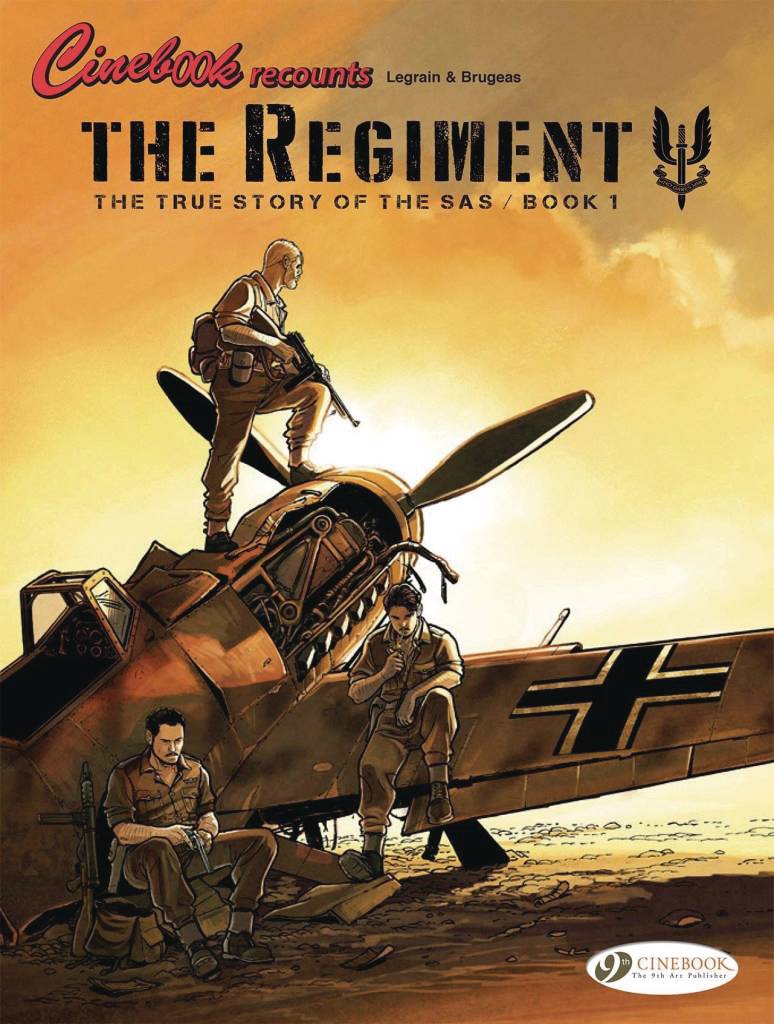 #
AUG191826
(W) Vincent Brugeas (A) Thomas Legrain
The true and incredible story of the origins of a unit that would become legendary during the
Second World War, and remains to this day one of the best Special Forces outfits in the world. 1941. Almost all of Europe is under the Nazi heel. Great Britain still holds out, but the situation
worsens with every passing day. And in North Africa, gateway to the Middle East and its immense oil reserves, Rommel now threatens Egypt, keystone of British defenses. In those desperate times, three men (David Stirling, Blair Mayne and "Jock" Lewes), three unconventional officers, band together to create a small, elite unit that will become a military legend: the SAS.
In Shops: Nov 20, 2019
SRP: $15.95
View All Items In This Series