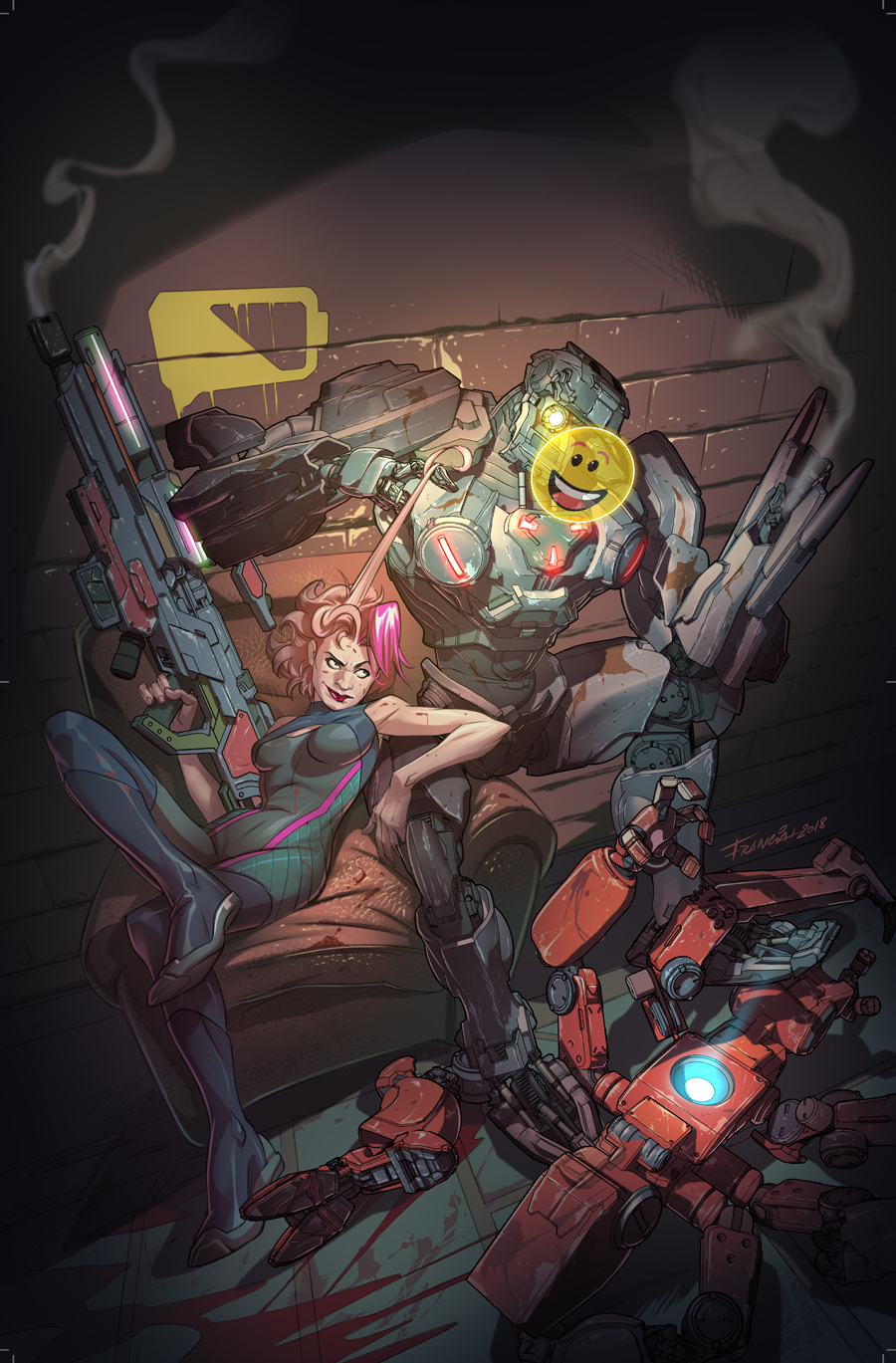 AUG181470
(W) Ryan Parrott (A/CA) Omar Francia
In the not-too-distant future, robots are fighting for their equal rights. When a mysterious and deadly disease known as "Rust" threatens all artificial life, salvation lies in the unlikeliest of heroes-an obsolete construction worker known as HALE-19 and AMBER-7T, a caregiver.
Pursued by police and bounty hunters alike, HALE-19 must confront his sordid past and place his trust in his former unscrupulous allies to survive. But will they aid him in AMBER-7T's quest to save robot-kind? Or will they turn him in for the ultimate payday?
From writer Ryan Parrott (Mighty Morphin Power Rangers, Star Trek, Batman: The Gates of Gotham) and new artist sensation Omar Francia (Star Wars, Mass Effect), witness the birth of Artificial Intelligence in AfterShock's bold new sci-fi adventure series.
In Shops: Nov 07, 2018
SRP: $3.99
View All Items In This Series
ORDER SUBSCRIBE WISH LIST