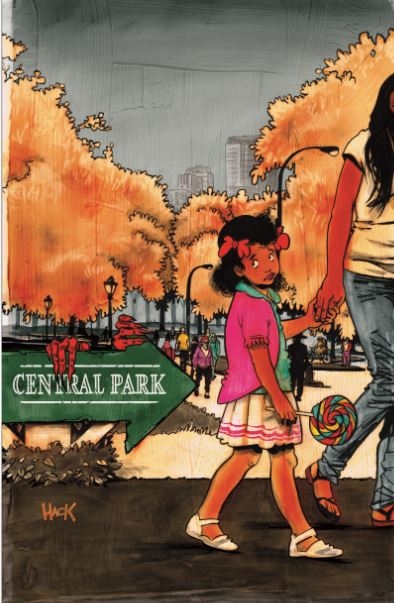 AUG181462
(W) Adam Glass, Aidan Glass (A) Diego Yapur (CA) Robert Hack
NEW SERIES! When immigrants came to the new world they didn't only bring their hopes and dreams, they also brought their MONSTERS.
Years ago, early settlers locked these monsters away in a secret prison deep in the woods of New Amsterdam so that they would never return to the Old World again. Those woods have since become Central Park and now the monsters have escaped! Nick, a 14-year-old Harlem resident, finds out that he is a "legacy" to a secret society that for the last 400 years has kept monsters in check. Now Nick and a ragtag group of kids just like him have to put the monsters back before they get out of the park and destroy the city.
Brough to life by Adam Glass and Aidan Glass (ROUGH RIDERS, THE NORMALS, Teen Titans) with art by Diego Yapur (The Projectionist, Priest: Purgatory), THE LOLLIPOP KIDS is an epic re-imagining of the nightmares that haunt Central Park after dark...
In Shops: Oct 03, 2018
SRP: $3.99
View All Items In This Series