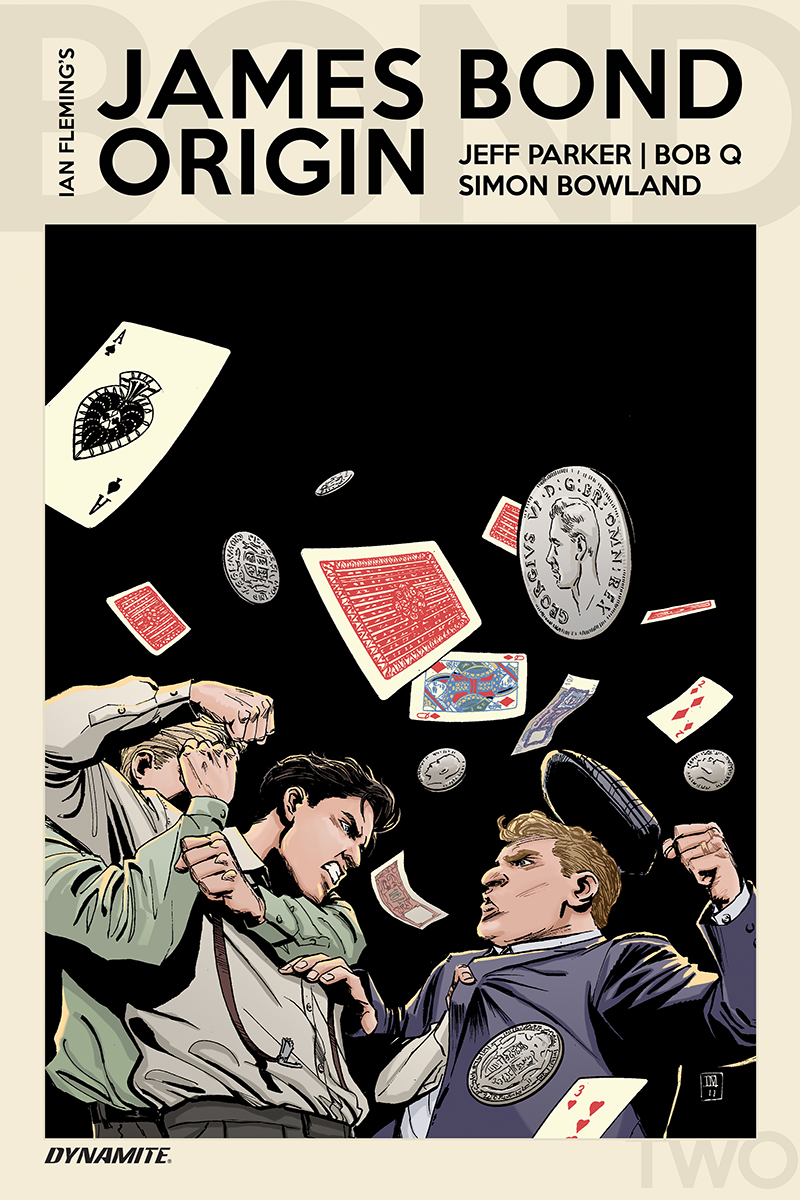 AUG181242
(W) Jeff Parker (A) Bob Q (CA) Ibrahim Moustafa
The epic account of James Bond's exploits during World War II continues! After barely surviving the Clydebank Blitz, James is determined to enter the Royal Marines, despite being two years too young. He'll need to rely on a family friend to help him through, where he'll begin training alongside the best and brightest that the United Kingdom has to offer. But his military training becomes dangerous, when it's discovered there's a German mole in their midst. By superstar JEFF PARKER (Suicide Squad, Fantastic Four) and BOB Q (The Lone Ranger)!
In Shops: Oct 03, 2018
SRP: $3.99
View All Items In This Series