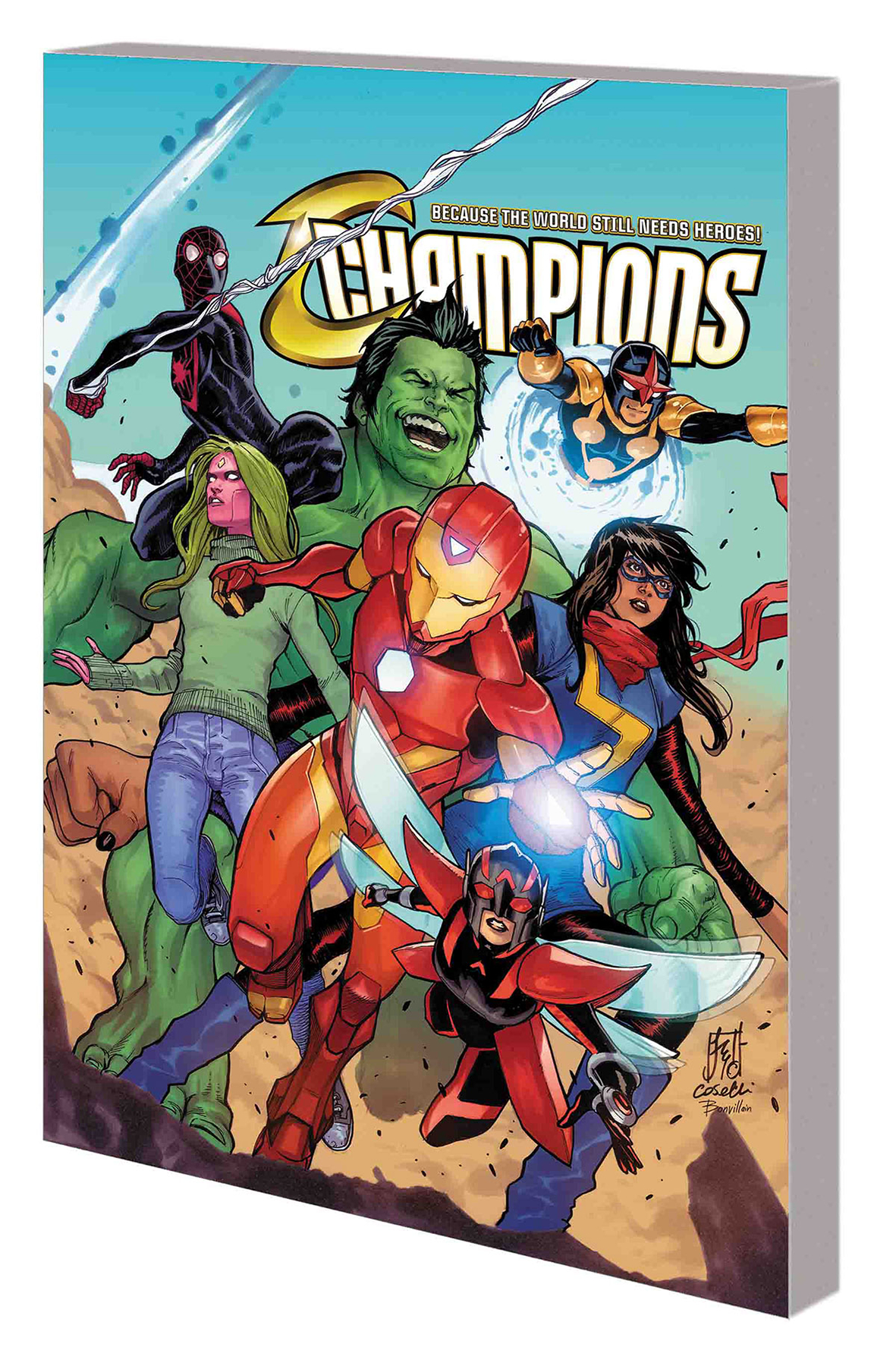 AUG181083
(W) Jim Zub (A) Sean Izaakse, Emilio Laiso (CA) Stefano Caselli
A fresh era begins as Ironheart and the Unstoppable Wasp join the Champions! The team has grown, but the mission stays the same - fighting to make the world a better place for all! But the super villain known as the Master has plans, too: he's determined to save Earth from itself! And the Champions are going to...help?! But the Champions are on a collision course with Alpha Flight! Could Ms. Marvel have to battle her idol, Captain Marvel? And who is the new hero Snowguard? Plus: Nova no more?! And the events of Infinity Countdown are felt as the battle for the Power Stone sends the Champions into outer space, where they'll fight for - Thanos! Strange allegiances and sacrifices will be made...and one young hero is about to lose everything. Collecting CHAMPIONS (2016) #19-21 and INFINITY COUNTDOWN: CHAMPIONS #1-2.
Rated T+
In Shops: Nov 07, 2018
SRP: $15.99
View All Items In This Series