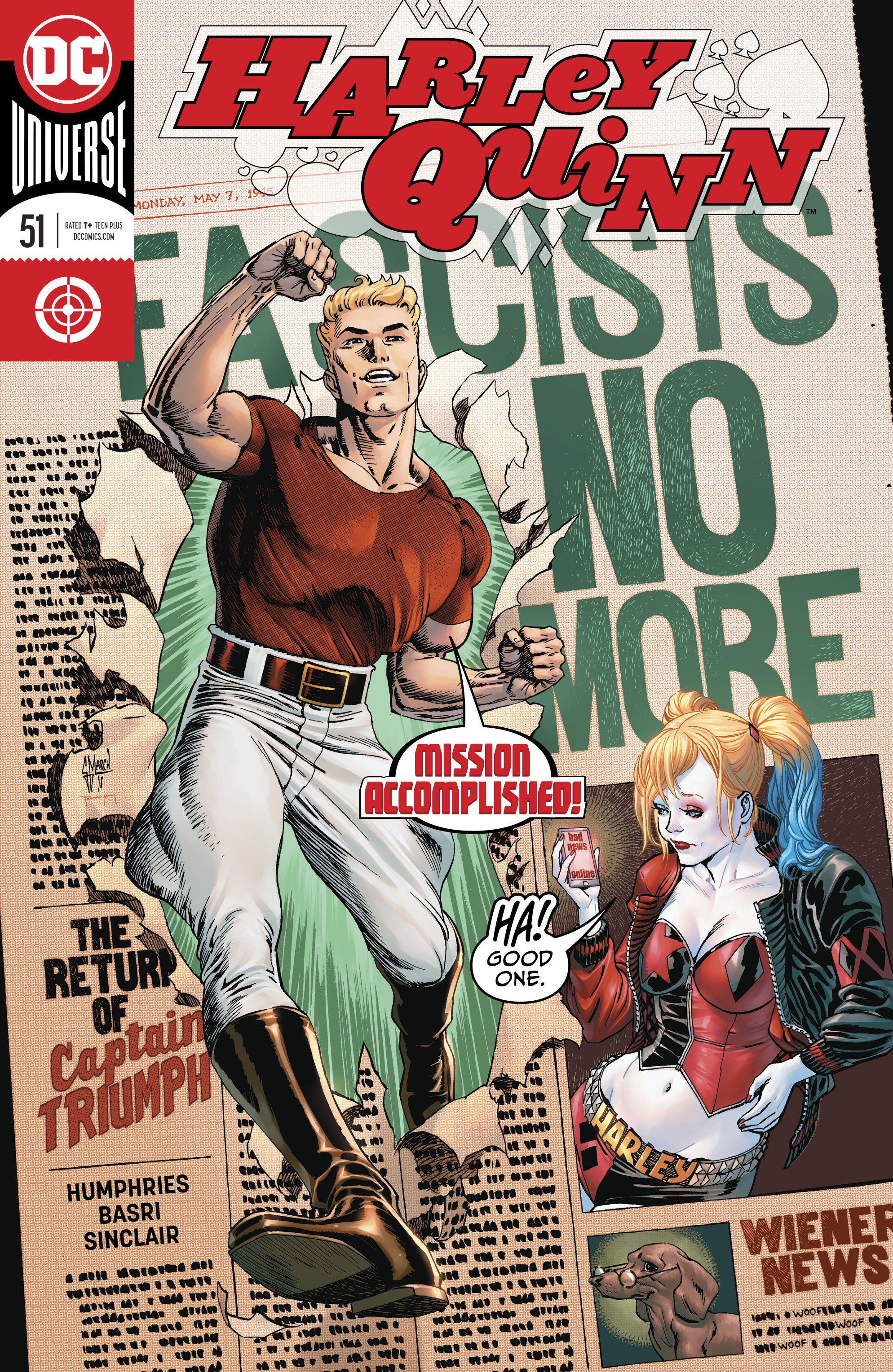 AUG180532
(W) Sam Humphries (A) Sami Basri (CA) Guillem March
Harley broke most of DCU continuity last issue, and in this ish, she's dealing with the fallout, namely the time-tossed hero of World War II called Captain Triumph! The golden boy of the Golden Age finds his black-and-white approach failing miserably in the gray areas of the modern world (although unfortunately, there are still plenty of fascists for him to punch). It's up to Harley to return Captain Triumph to his own time, but she'll have to put the kibosh on his do-gooding first-right after she figures out what "kibosh" means!
In Shops: Oct 03, 2018
SRP: $3.99
View All Items In This Series