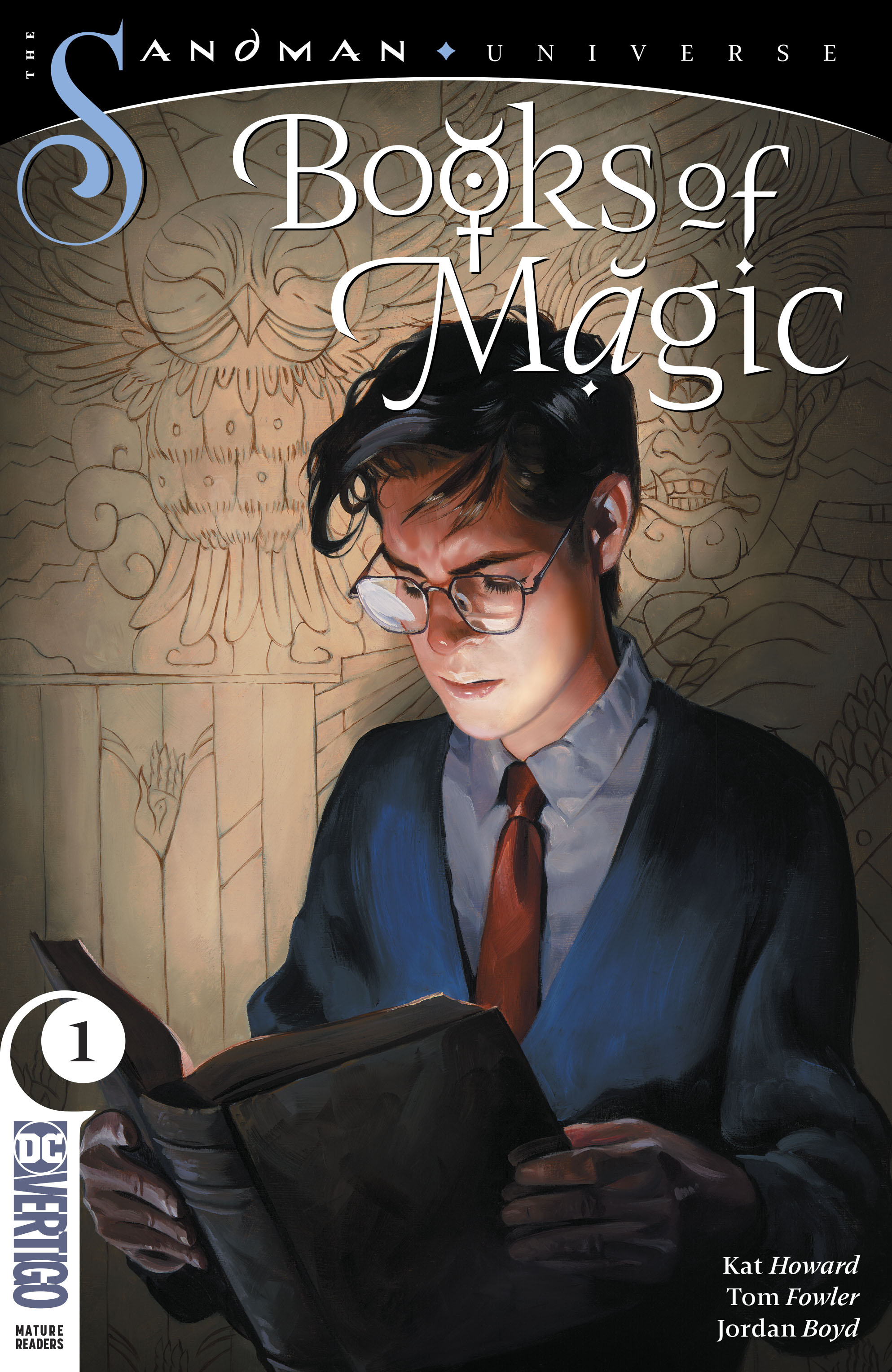 AUG180456
(W) Kat Howard (A) Tom Fowler (CA) Kai Carpenter
From the SANDMAN UNIVERSE #1, it's the return of Neil Gaiman's magical morality fable in an all-new series written by Kat Howard (Roses and Rot, An Unkindness of Magicians) and drawn by Tom Fowler (DOOM PATROL)!
Timothy Hunter may be destined tobecome the most powerful magician in the universe, but he's still a London teenager, and having magical abilities complicates things more than it helps. It's not like he can use magic to pass his exams, stop being bullied or convince his cute friend to date him. And while Tim's trying to live his life, there are cultists who want to kill him, believing his power will eventually corrupt him into becoming a merciless mage. Oh, and those are the good guys. Luckily, his new substitute teacher is more than she appears, and may be able to help Tim discover the mystery behind the Books of Magic...
In Shops: Oct 24, 2018
SRP: $3.99
View All Items In This Series
ORDER SUBSCRIBE WISH LIST