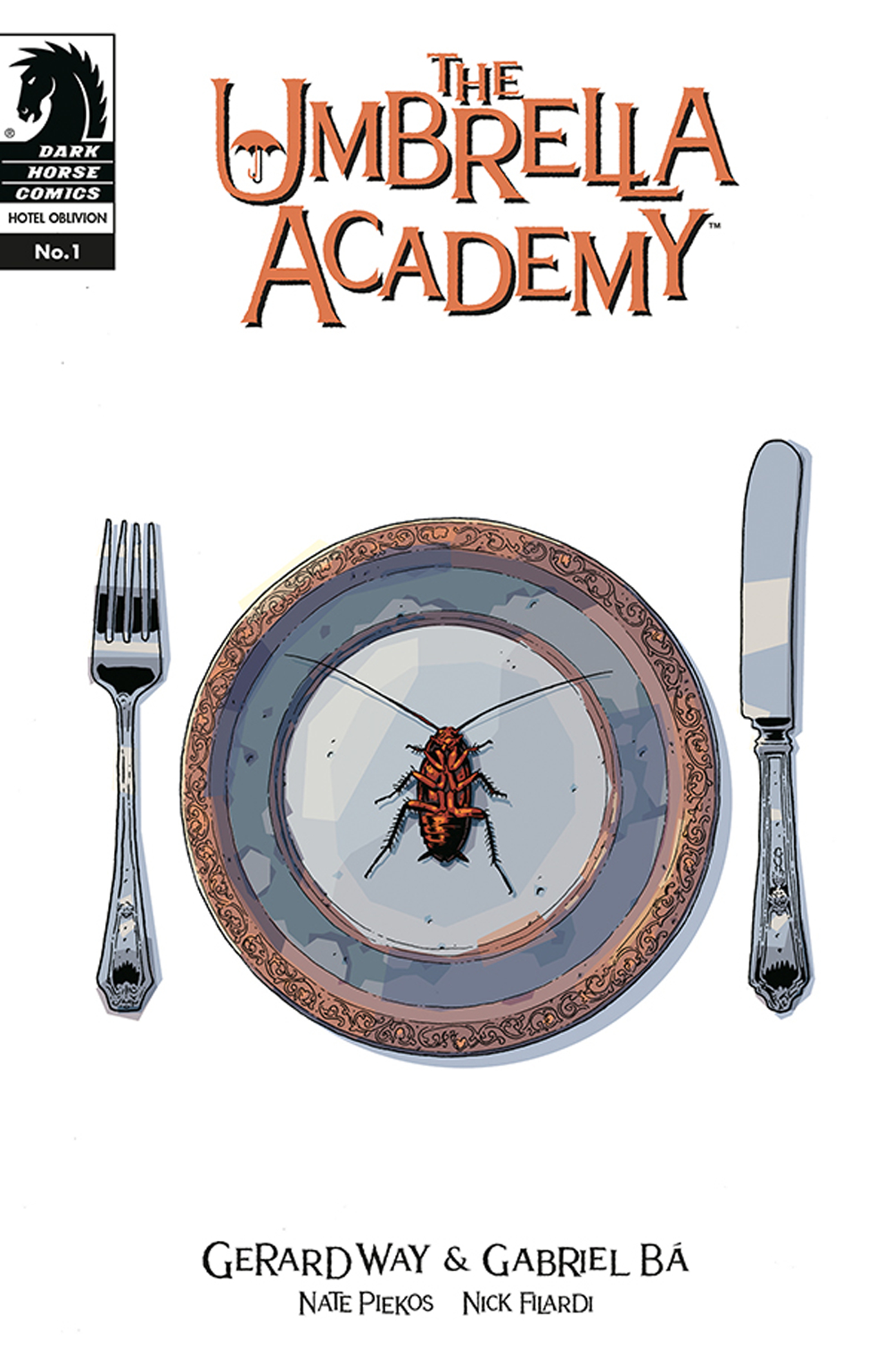 AUG180314
(W) Gerard Way (A) Nick Filardi (A/CA) Gabriel Ba
Faced with an increasing number of lunatics with superpowers eager to face off with his own wunderkind brood, Sir Reginald Hargreeves developed the ultimate solution ...

Now, just a few years after Hargreeves's death, his Umbrella Academy is scattered. Number Five is a hired gun, Kraken is stalking big game, Rumor is dealing with the wreckage of her marriage, a rotund Spaceboy runs around the streets of Tokyo, Vanya continues her physical therapy after being shot in the head-and no one wants to even mention Seance until issue #2.

With a Netflix series soon to debut, the award-winning and best-selling superhero series returns, stranger than ever-