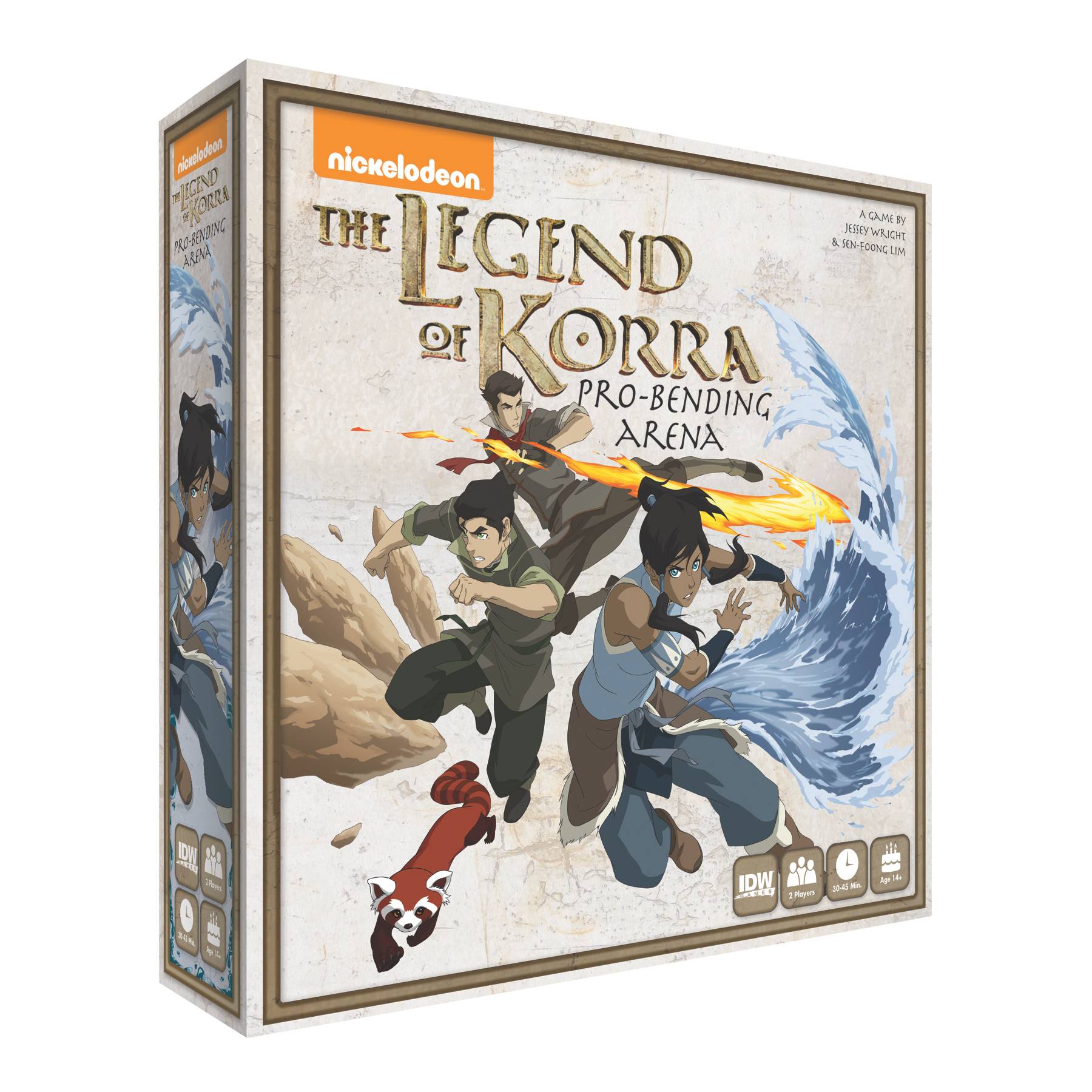 #
AUG170532
(W) Sen-Foong Lim, Jessey Wright (A) Tony Vargas
Few diversions in Republic City offer as much excitement as attending a pro-bending game! This is doubly true when the teams facing off in the hexagonal ring are the reigning champs, the White Falls Wolfbats, and their fierce challengers, the Future Industry Fire Ferrets!

In The Legend of Korra: Pro-bending Arena, 2 players face off as either the White Falls Wolfbats or the Future Industry Fire Ferrets in attempt to defeat their opponent and take of the title of Pro-bending Champions. Blending card drafting, resource placement, and area control, players in The Legend of Korra: Pro-bending Arena draft unique decks for each bender on their team, equip special team-ability trick cards, and strategically place their team members and the elements they bend on the board. Push the farthest forward, or in a real show of strength, knock out the other team entirely to claim the pro-bending championship!
2 players o Playable from ages 14+ o 30 minutes