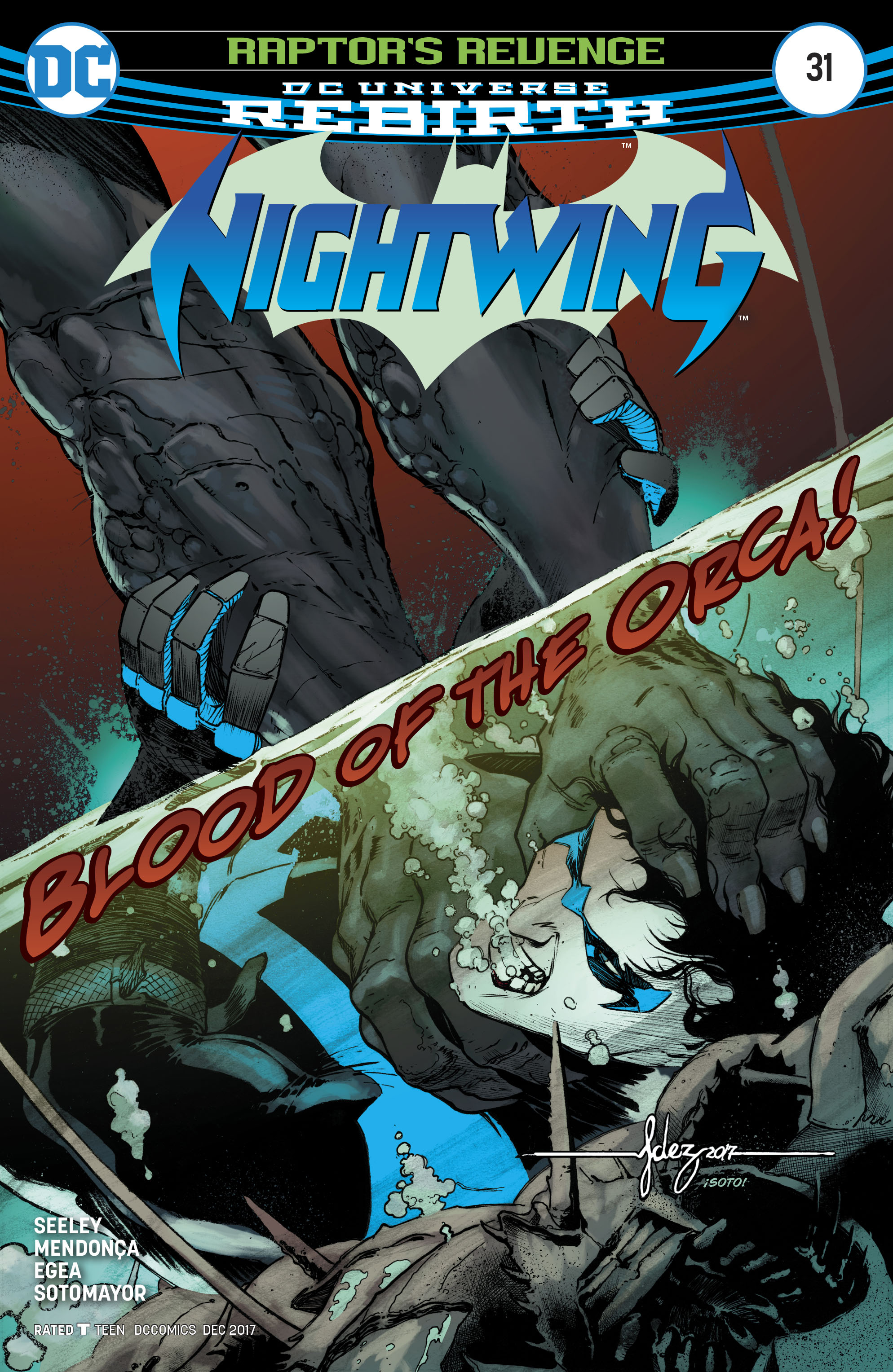 AUG170241
(W) Tim Seeley (A) Miguel Mendonca, Diana Egea (CA) Javi Fernandez
"RAPTOR'S REVENGE" part two! Raptor's wrath is rolling through the streets of Blüdhaven, and every ally Nightwing has made there is under attack! He'll have to make an awful pact with Blockbuster if he wants to save the city-a pact that will change the course of Nightwing's destiny!
RATED T
In Shops: Oct 18, 2017
SRP: $2.99
View All Items In This Series